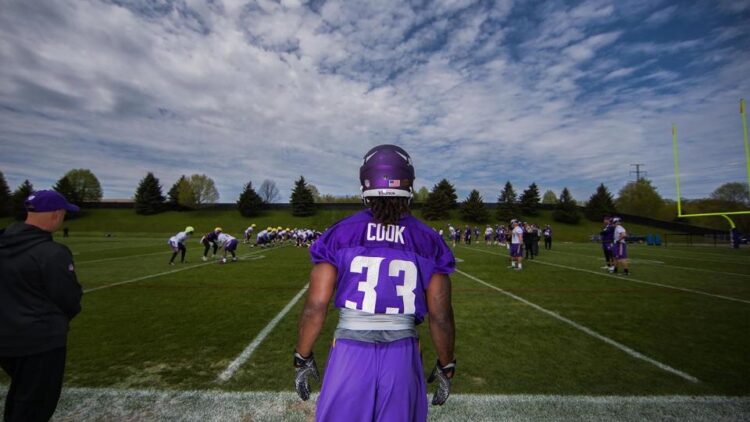 As usual, this time of year has brought optimism to the Vikings and their fans. But this year, things seem different. There’s good reason to be excited, as the offseason resulted in refreshing roster replacements, an influx of young talent, and a promising outlook on lovable quarterback Teddy Bridgewater.

The Vikings front office did a good job of replacing these players, but keep in mind that none of the departing players had monumental seasons in 2016.

The recycling of talent has given fans a legitimate reason to adopt an “addition by subtraction” mindset.

The team added players that fit their coaches’ schemes. Offensive coordinator Pat Shurmur runs a version of the West Coast offense and George Edwards coordinates Mike Zimmer’s 4-3 attacking/hybrid defense. How the incoming players are able to mesh with the schemes as well as their new teammates will likely play a large part in the team’s success in 2017. Early reports are positive.

There will be plenty of training camp storylines to follow that involve the Vikings depth chart:

The VT team will take a look at each one of the position battles in the coming days.

Quarterback Teddy Bridgewater saw action during the Vikings OTAs. He looked further along in his rehab than most fans anticipated. While he’s not medically cleared to practice, he may become healthy enough to avoid landing on the team’s PUP list. It seems unlikely at this point, but never say never to Teddy Two Gloves.

How the Vikings play in camp practices will provide a glimpse into the 2017 team. These questions and more will be answered in the coming weeks:

These storylines should make for an eventful, and dare I say grand finale training camp in Mankato. The Maverick City will be the place to come July 24th.

Your 2017 Vikings training camp dates and practice schedules can be found here.