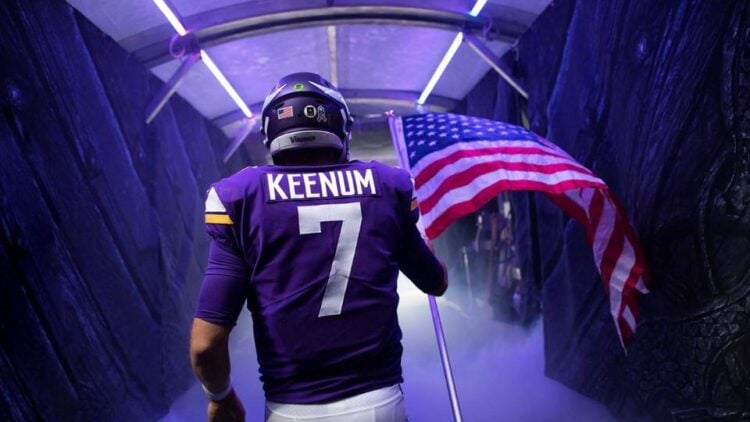 Minnesota Vikings quarterback Case Keenum has been named November’s NFC Player of the Month. It was a big month for Keenum, who has continued to win, and in the process win over Vikings fans with his strong play.

Keenum led the Vikings to a 3-0 record in the month of November. The team had a bye in Week 9 (November 5th). Minnesota ended the month with its streak of seven straight wins intact. The team also built a three-game lead over Detroit in the NFC North.

In wins over the Lions, Rams and Redskins Keenum completed 69 of 97 passes (71.1%) for 866 yards with seven touchdowns and two interceptions. He had a QBR 90.3 and a passer rating of 114.0. Number seven added 39 rushing yards with a touchdown on the ground.

There have been rumblings that Keenum could earn an extension with the Vikings in the offseason, but it appears as if the team will wait until the offseason for such discussion.

Here’s the complete list of Vikings named NFC Offensive Player of the Month, courtesy of Vikings.com:

The Vikings open the month of December with a road game against the Atlanta Falcons Sunday at noon.