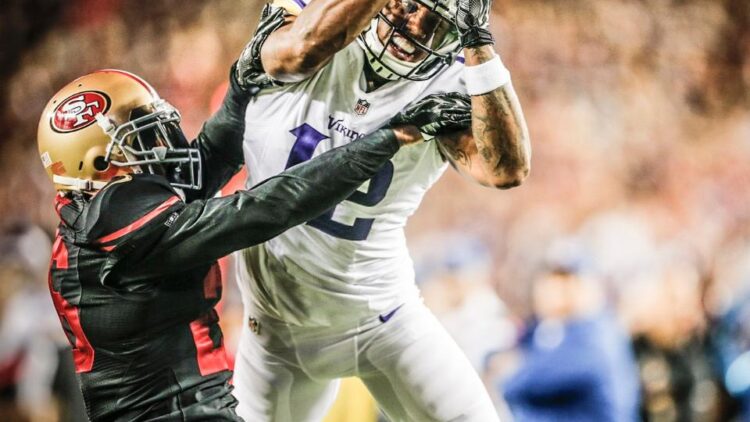 The Minnesota Vikings acquired cornerback Tramaine Brock from the Seattle Seahawks in a trade, sending over a seventh-round pick to Seattle.

The Minnesota Vikings’ cornerback depth concerns did not go unnoticed by general manager Rick Spielman and the front office. So they acted.

According to Mike Garafolo of NFL.com, the Vikings acquired veteran cornerback Tramaine Brock from the Seattle Seahawks to bolster the depth at the position.

Seahawks are finalizing a trade with the Vikings to send CB Tramaine Brock to Minnesota, source says. Busy day in Seattle.

Brock spent his first seven seasons as a San Francisco 49er before being picked up by Seattle a couple of weeks ago. The 5’10” cornerback moved all around the 49ers defense over the past two seasons, playing both slot and outside.

Brock’s capability in the slot is much needed for a secondary that didn’t have many answers for the departure of Captain Munnerlyn. This could result in second-year man Mackensie Alexander to return to the outside as a depth contributor, where he has played most of his football career.

What does this mean for Trae Waynes and/or Terence Newman? Probably not a whole lot. Waynes will likely remain the starter opposite Rhodes, with Newman rotating in on the outside as well. Brock should give the Vikings some flexibility with both he and Alexander capable of lining up all over the field.

But the bottom line here is that the Vikings added depth at a position it was desperately needed for a very low price. We now don’t have to worry about Marcus Sherels taking the field at cornerback in the event of an injury.