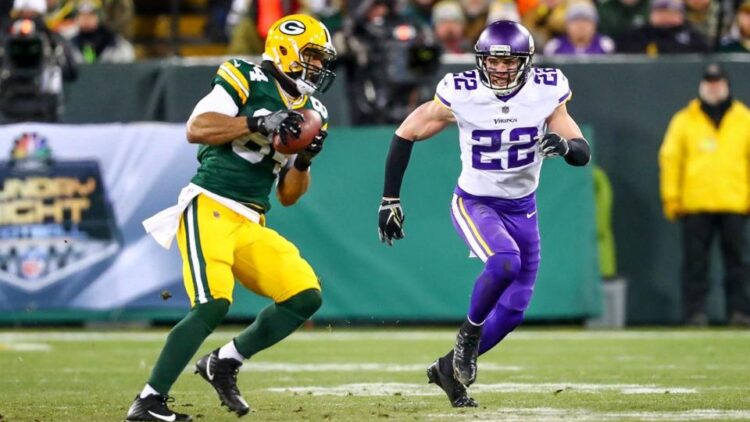 The Minnesota Vikings hadn’t shutout a team since December 5th, 1993 in a 13-0 win over the Detroit Lions. That’s the year Stefon Diggs was born. They hadn’t shutout the Packers since 1971. That all changed Saturday night.

The Packers, decimated by many key injuries to starters, were out matched by Minnesota, who welcomed back key players from injury before earning their tenth victory in 11 games. The Vikings shutout the home team 16-0.

Left tackle Riley Reiff and cornerback Mackensie Alexander joined the team after missing last week’s win over Cincinnati. Both did their part in helping Minnesota climb to 12-3 on the season.

Neither team lit up the scoreboard on a frigid night in Green Bay.

Vikings quarterback Case Keenum went 14 of 25 for 139 yards with a touchdown. He was sacked three times but did not commit a turnover. Keenum hit eight different receivers. His counterpart, Brett Hundley, went 17 of 40 for 130 yards and two interceptions.

It was the man responsible for intercepting those two passes that made the difference. Harrison Smith, lead Pro Bowl snub, led the way for the Vikings difference, accounting for eight tackles, two passes defended, a tackle for loss, and two interceptions.

He helped the Vikings defense contain Packers leading rusher Jamaal Williams to 58 yards rushing on 15 carries. Of all the Packer ball carriers Hundley was the most effective, scrambling for 48 yards on five total carries.

24 year-old Diggs led the Vikings in receiving with five catches for 60 yards and a touchdown, his seventh of the season. It was his second straight game catching a touchdown. The Packers leading receivers, Michael Clark and Lance Kendricks, each collected 36 yards.

Kai Forbath hit 3 of 3 field goals and his only extra point attempt.

Green Bay was shutout for the second time at home this season.

The Packers ruled out many key players before the game, including two starting linebackers Nick Perry and Clay Matthews, starting right guard Jahri Evans, number one cornerback Damarious Randall, and then lost right tackle Jason Spriggs on the first play of the game. During the game RB Aaron Jones and TE Richard Rodgers were also lost to injuries.

The performance of Minnesota’s defense coupled with the injuries suffered by Green Bay were evident as the Vikings controlled this game throughout.

#Vikings guard Nick Easton out for season with fractured ankle. Will have surgery. Story at https://t.co/g5kbxUIybJ

The Vikings take on the Chicago Bears at home in Week 17 Sunday, December 31st at noon.