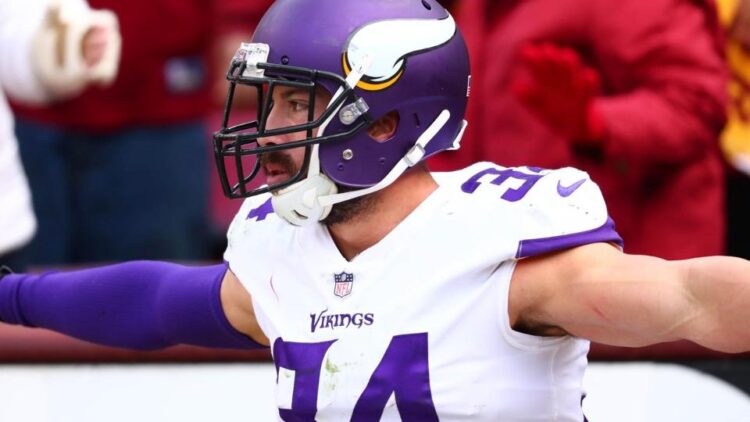 The Minnesota Vikings listed three players as questionable for Thursday’s divisional matchup against the Detroit Lions.

Sendejo’s has missed three of the last five games. Sendejo missed the game against Green Bay (Week 6) due to a groin injury and also missed the Cleveland game (Week 8) due to suspension. He missed Sunday’s 24-7 win over the Los Angeles Rams due to groin and hamstring injuries. His replacement, Anthony Harris, had a stand out performance. He led the team with seven tackles and forced a key turnover in the first half. Sendejo is expected to play Thursday.

Remmers has missed the last two games with a concussion and has been replaced by backup Rashod Hill.

Robison, now a key backup, missed Sunday’s game with a lower back injury. His replacement, Tashawn Bower, recorded his first career sack against the Rams.

Detroit will be without star returner Jamal Agnew, who injured his knee in Week 11 at Chicago. Running back Ameer Abdullah will handle kickoff returns while receivers Golden Tate and T.J. Jones will handle punt return duties. Running back Dwayne Washington is also expected to miss the Turkey Day matchup.

For a complete look at both team’s injury reports click here, courtesy of Vikings.com.