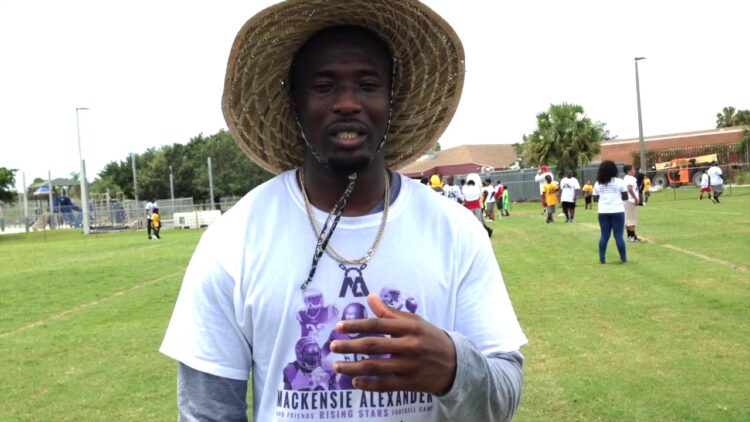 The Vikings lost Captain Munnerlyn this offseason and many believe they never had a real choice, as Munnerlyn had been open in the past about his desire to return to Carolina. That leaves the Vikings with the most notable vacancy at the nickel cornerback position since Antoine Winfield was released in 2013, but this time they have a highly regarded young player waiting in the wings.

That player is Mackensie Alexander, selected last year in the second round of the NFL Draft, and all eyes are on him when the Vikings neglected to fill Munnerlyn’s role via free agency despite some rumored interest in a couple of options.

Today, in an hour-long conversation with the media, Zimmer addressed the situation by both noting Alexander’s improvement throughout his rookie season and pointing out that the young corner still needs to adjust to life in the NFL.

Mike Zimmer said Mackensie Alexander has to understand the NFL rules better to establish himself at nickelback.

Mike Zimmer thought that Mackensie Alexander did better at the end of the season.

Alexander has been thought to be a bit over-confident, which is saying something for a position where having faith in yourself and a short memory are notoriously important, so it isn’t too surprising that Zimmer isn’t coming out into the media and proclaiming him to be the next Deion Sanders.

Today’s comments about Alexander echo what he said at the Combine, passed along by 1500 ESPN, when he bemoaned the NFL’s shortened offseasons which give coaches less time to work with their young players and get them ready for the big leagues.

“He’s a very, very talented kid,” Zimmer said. “I was talking with coaches about this: College rules are so much different for defensive backs than they are in the NFL. That’s why with defensive backs it takes a long time, especially for guys that want to get up in people’s faces. That’s what’s disappointing about not having young guys for a longer period of time in the offseason to teach them.”

As things stand today, with the first wave of free agency behind us and no first round selection ahead of us, it is looking more and more likely that Alexander will get his chance to shine in one of this defense’s most important positions. Considering he consistently shutdown the nation’s best wide outs in college, his potential might be a bit underrated at this point, following a rookie season where his snaps were very limited as the Vikings are prone to do.

Actions speak louder than words in the NFL, and so far the Vikings have taken no action to derail Alexander’s path to the nickel spot. I think that means we can all start getting used to the idea of him being “the guy.”