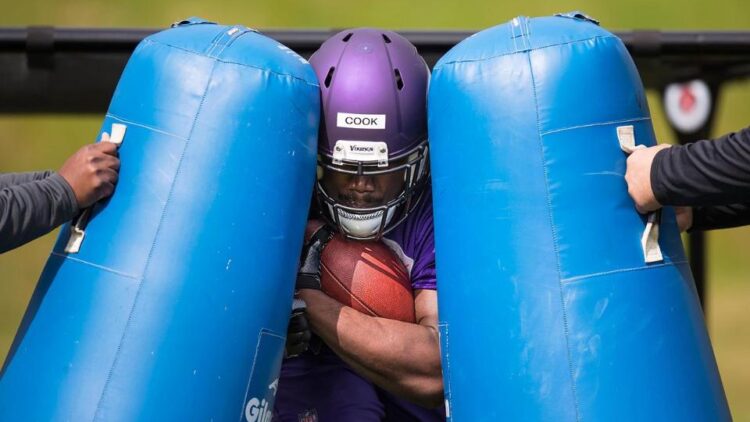 According to an article on WalterFootball.com, Minnesota Vikings rookie running back Dalvin Cook barely escaped the first round of the 2017 NFL draft. The former Florida State speedster was nearly selected by—take a deep breath—the Tampa Bay Buccaneers, who selected Alabama tight end OJ Howard with the No. 19 overall pick.

Per Walter Football, a source with the Buccaneers explained: “[Mitchell] Trubisky going 2 and then the other two QBs going in the top 12 pushed guys down. There wasn’t as much need for tight ends with teams ahead of us, and typically tight ends don’t go that high. We were lucky. If O.J. had been taken right before us, Dalvin [Cook] would’ve been the pick.”

The Vikings could thank the Bucs for not selecting Cook, but both teams appear to have benefitted from the early run on quarterbacks during the first round of the draft.

After Tampa Bay had passed on Cook, the former Seminole standout slid into the second round before the Vikings traded up to Cincinnati’s spot to select Cook with the 41st overall pick. The Vikings sent their second and fourth-round picks to the Bengals in exchange for the ninth pick in the second round.

The explosive running back fell in the draft despite Sports Illustrated ranking him as its top running back. A poor combine, injury concerns (three shoulder surgeries in college) and off-the-field issues all contributed to his slide in the draft.

It would have been an interesting scenario had he been drafted by Tampa Bay, as the Buccaneers were clearly familiar with the talent of the in-state star. But, it also would have been able difficult for Cook to avoid his trouble-causing friends.

The Vikings feel a change of scenery will be good for the 21 year old, and Minnesota could be just the place for the young back to stay out of trouble.

Cook had 48 total touchdowns in three seasons at FSU. Staying out of trouble and staying healthy seem to be the only things holding him back from being the Vikings’ long-term starter at running back.