Vikings Take One Crown, Prove They’re Worthy of Another 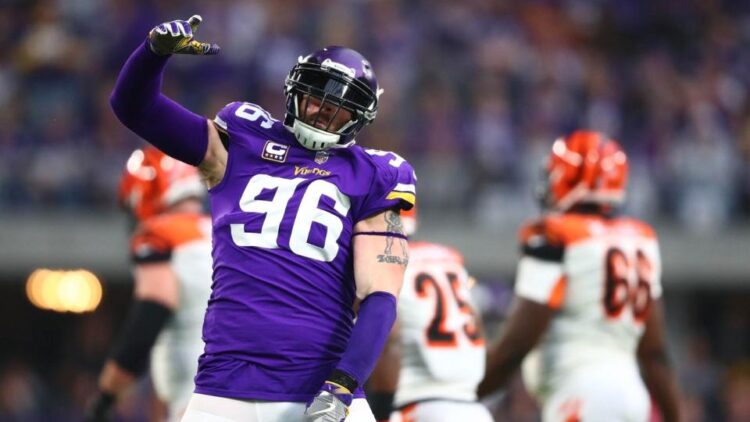 It wasn’t their most exciting win, nor was it their stiffest competition. But in trouncing the Bengals 34-7 Sunday, the Vikings proved they’re legitimate contenders to represent the NFC in the Super Bowl.

This season has been one of incremental tests for the squad, and as odd as it may seem, they passed another in beating the Bengals. Cincinnati, now 5-9, is not a good team, and at times the Bengals looked flat and disinterested. But the Vikings answered two major questions in their win Sunday:

These two questions, especially the second, are (in my opinion) what separate mere good teams from championship-caliber clubs. Often we’ve seen capable Vikings squads that lack the extra gear to dispatch with inferior teams in resounding fashion the way this team did the Bengals on Sunday. The 2012 and 2015 Vikings come to mind; winning teams, but without next-level dominance. Those clubs would have probably still beat the 2017 Bengals, but perhaps not with the same exclamation point.

That’s not the case this year. The Vikings throttled Cincinnati from the opening whistle, to the point where the game was well in hand by halftime. And once they had built a lead, they didn’t let up; the Bengals only points came on a meaningless late touchdown after Mike Zimmer had already begun removing his starters. They left no doubt, and that’s what elite teams do.

A few other observations from Sunday’s win:

After missing an opportunity to clinch the division last week, the Vikings wasted no more time securing the North. They’ve now earned a spot in the playoffs and home field advantage for at least their first game. For as up and down as things have seemed at times in Mike Zimmer’s tenure, that makes two division championships in the last three years.

The defense is as good as ever.

“Defense wins championships” is one of the more accurate cliches you’ll hear thrown around in NFL discussion, and boy, do we have a good one in Minnesota. The Vikings held the Bengals to a paltry 38 yards in the first half (!), and even after some garbage time chain-moving later in the game, Cincinnati finished with just 161 yards of offense on the day. It was an all-around suffocating performance, and had it not been for that fourth quarter turnover in their own territory, the Vikings likely would have pitched their first shutout since 1993.

One of the few things missing from the Minnesota defense this year has been an abundance of turnovers and big plays, and the Vikings answered that question on Sunday too, intercepting Andy Dalton twice, including Erik Kendricks’ 31-yard return for a touchdown in the first quarter. When this defense is making big plays, the Vikings are very, very tough to beat.

The scenario many fans have been pining for finally presented itself against the Bengals: Case Keenum (20/23, 236 yards, 2 touchdowns, no interceptions) and the rest of the offense built a large enough lead to allow Teddy Bridgewater see some action in the second half. It was Bridgewater’s first game action since The Injury almost two full seasons ago, and while the results weren’t exactly appetizing (0/2 including a drop and a tipped-ball interception), that’s understandable given the circumstances. There’s still a chance Bridgewater will be called on this year if Keenum goes down, and it’s theoretically better to let him shake the rust off now rather than later.

Just entering the game earned Bridgewater a huge ovation, and while I’m skeptical that everyone who claimed to be crying on Twitter was actually tearing up, it was an emotional moment nonetheless.

Are we seeing confident Kai again?

Kai Forbath was perfect on the day, and looked more confident than he has in weeks. He hit two field goals (including a bank-in 53-yarder) plus — and I cannot stress the importance of this enough — all four of his extra points.

There’s been a lurking suspicion that Forbath’s shaky leg could potentially be the Vikings downfall in the playoffs, because we’re always looking for potential downfalls, and considering the team’s history, it would be a kicker. But at least for one day, Kai’s kicks were straight and strong, and we could be seeing a positive trend developing just at the right time.

Yes, we love this team.

I saw it numerous times #online after the game: fans and writers extolling just how much they love the 2017 Vikings. And I agree wholeheartedly. The squad is balanced, fun to watch, 11-3, and all-around lovable. I wrote two weeks ago about the importance of appreciating what we have, because teams like this don’t come around often. Not since 2009 have we seen this level of dominance from at Vikings team, and perhaps it’s recency bias, but it seems like the current version may have a little more oomph than even the Favre year.

I love this team.