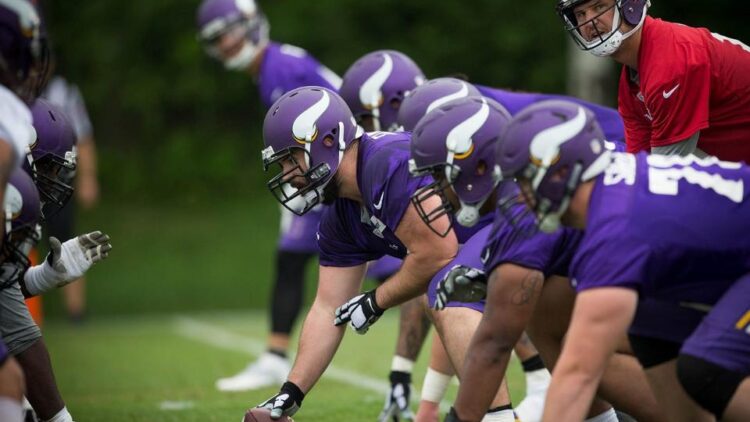 Following an abrupt injury to Teddy Bridgewater, the Minnesota Vikings announced the final five moves to get the roster to 75 players. Yesterday’s list was filled with practice squad candidates and undrafted free agents, but today’s release includes a few notable names.

Veteran center John Sullivan, who was reportedly being shopped by the team, has been released. General manager Rick Spielman shared a statement on the 31-year-old center, who spent eight seasons in Minnesota following his sixth-round selection in the 2008 NFL Draft.

[quote_center]“Our entire organization appreciates everything that John Sullivan has done for this franchise. Sullivan led our team, not only with how he played the game, but also with how he handled himself in our community. We wish John Sullivan and his family nothing but the best as they move forward.”[/quote_center]

Before two back injuries derailed his 2015 season, Sullivan had started 93 games for the Vikings and was a cog in the middle of the offensive line. He battled with Joe Berger for starting duties this preseason, but fell short in his comeback efforts. Berger started Sunday’s game against the San Diego Chargers, solidifying his place as the team’s starter for the foreseeable future.

Outside of his contributions on the field, Sullivan was named Vikings Community Man of the Year in 2013 and remained active in multiple charities.

Sullivan wasn’t the only player waived by the Vikings on Tuesday. Strong safety Antone Exum Jr. and defensive end Scott Crichton were listed as waived/injured and are eligible to be claimed by another team. If they remain unsigned, they’ll be converted to the Vikings’ injured reserve.

Wide receiver Troy Stoudermire was officially waived and right guard Mike Harris has been placed on the reserve/injured list. The Vikings, who were required to trim their roster to 75 players by 4 pm EST, have done so and must now prepare for Thursday’s preseason finale against the St. Louis Rams.

In addition to the players released on Monday and Tuesday, the Vikings are awaiting word on third-year quarterback Teddy Bridgewater. He is currently in an area hospital after suffering a knee injury in practice. Head coach Mike Zimmer will address the media at 4 pm CST with more details.