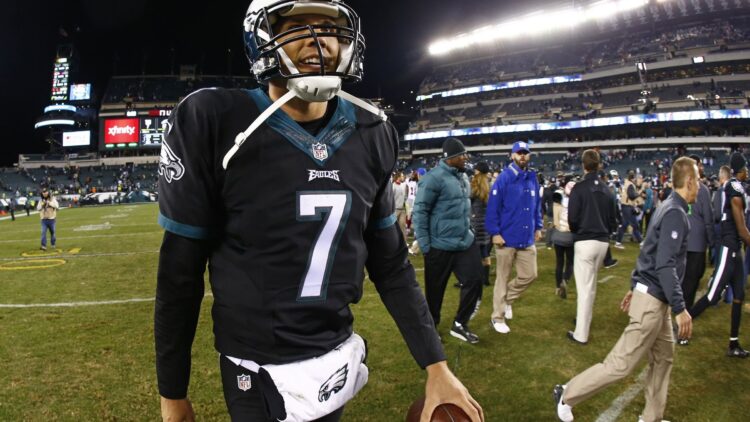 The Vikings have traded for for quarterback Sam Bradford, according to Tom Pelissero of USA Today.

Source confirms: the #Vikings have traded for Sam Bradford. They gave up a 1st-round pick in 2017 and an additional pick in 2018.

We do not know the extent of the 2018 compensation yet, but the 2017 first rounder given away to obtain the services of Bradford is certainly a steep price to pay. Some might even call it “mortgaging the future,” which general manager Rick Spielman indicated he would not do earlier this week.

(UPDATE: The 2018 compensation is reportedly a fourth rounder.)

#Vikings had extra 3rd- and 4th-round picks in 2017 draft from deals last year. So, they had some added flexibility.

Talks between #Vikings and #Eagles came to a head last night. Finalized this morning. They see him as a great fit for Norv Turner’s scheme.

Time will tell just how great of a fit Bradford ends up being in Norv Turner’s scheme, but one has to wonder if the injury-prone Bradford will last long enough to keep Shaun Hill from eventually starting at quarterback in 2016.

We’ll have more updates and reactions throughout the day.