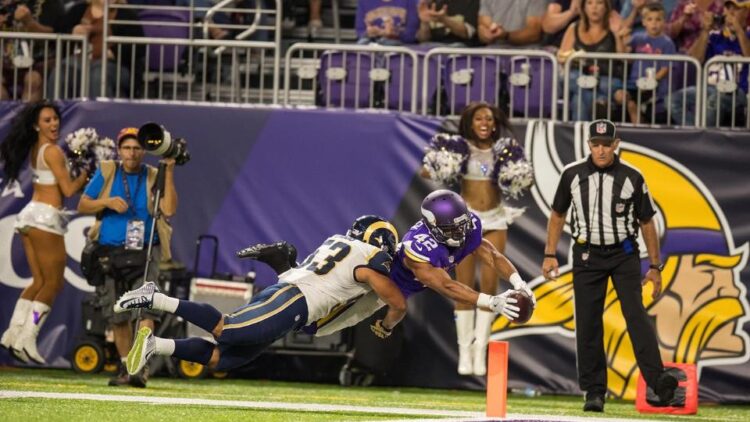 Austin Belisle has done a fine job tracking all of the practice squad related news today and I’m simply here to do a little tidying up around the joint.

Austin had already listed the following players as having been retained via the practice squad:

The Vikings brought the count to ten by adding a safety, according to Christopher Gates of the Daily Norseman.

That safety is Shamiel Gary was most recently with the Miami Dolphins this preseason after being an undrafted free agent acquisition for the New England Patriots in 2014. Gary joins a practice squad full of talented defenders that the Vikings are likely hoping other teams do not try and poach.

In somewhat related news, the Vikings parted ways with backup running backs C.J. Ham and Jhurell Pressley as they trimmed their roster down to 53. The Vikings had every intention of keeping Ham on the practice squad, according to Chris Tomasson, but not Pressley because they preffered the bigger running back.

Pressley’s two touchdown effort last Sunday wasn’t enough to get him a job with the Vikings, but the Green Bay Packers claimed him off of waivers and will give him a chance to play the role of third-down back.

According to Tomasson, the running back harbors no hard feelings against the Vikings, and plans to keep the first NFL uniform he ever wore.

He just doesn’t plan on wearing it in Green Bay.