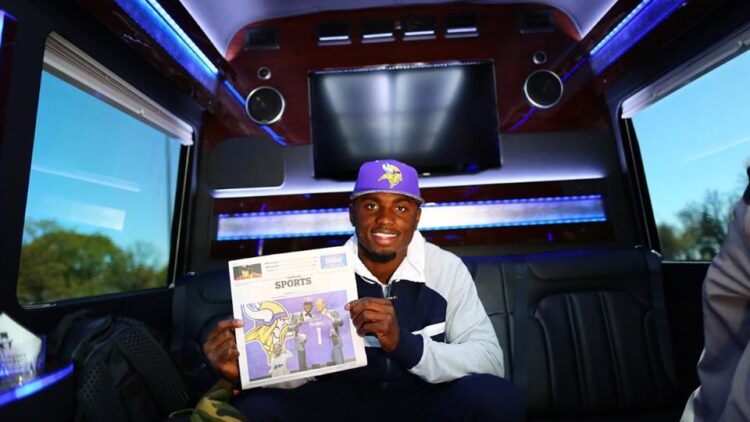 It was inevitable that we would eventually be comparing Mike Wallace and Laquon Treadwell given the circumstances one’s departure from, and one’s arrival to, the Minnesota Vikings.

The Vikings cut their losses on the Mike Wallace investment this last offseason and he ruffled some feathers by making comments viewed as a slight to Vikings quarterback Teddy Bridgewater. Shortly after, Wallace proclaimed his love for Bridgewater and genuinely seemed convinced his words were misconstrued, but the incident burned any remaining bridges he had with Minnesota fans.

The Baltimore Ravens rewarded the speedy Wallace with a two year contract worth $11.5 million. The Vikings used up their first round draft pick to select highly respected receiver Laquon Treadwell. Pats on the back all around, right?

The Ravens announced to the world this week that their super fast new weapon needs to work on his physical fitness for one reason or another. Regardless of the circumstances, the fact is that Wallace did not pass his condition test.

That means he is unable to practice with his new team until he passes. The Ravens have suggested that the speculation surrounding this news has been “blown out of proportion” and that he will likely pass his test, and begin practicing, very soon.

As true as that probably is, it isn’t the ideal start for Wallace, and Vikings fans are already getting a refreshing glimpse at the work ethic that has been one of the main selling points when it comes to Treadwell.

When players reported to training camp on Thursday it was Treadwell that showed up first, according to Matt Vensel, which can be viewed as a testament to his commitment.

The first player to report to #Vikings training camp this morning? Top pick Laquon Treadwell, more than a half hour early.

It has also been revealed that Treadwell has found himself a sort of member in former Vikings, and current Hall of Famer, Cris Carter. Carter, arguably one of the top three wide outs to ever play the game, apparently speaks regularly to Treadwell by phone.

Laquon Treadwell speaks regularly on phone with mentor Cris Carter: “He just told me to dream big and records are meant to be broken.’’

This is almost certainly not the last time we will be comparing Mike Wallace and Laquon Treadwell over the next few years, but there is reason to expect both will do just fine for themselves.

After all, if the football-in-Baltimore thing doesn’t work out for Wallace, some could speculate there is a current job vacancy for “fall guy” in Minnesota.