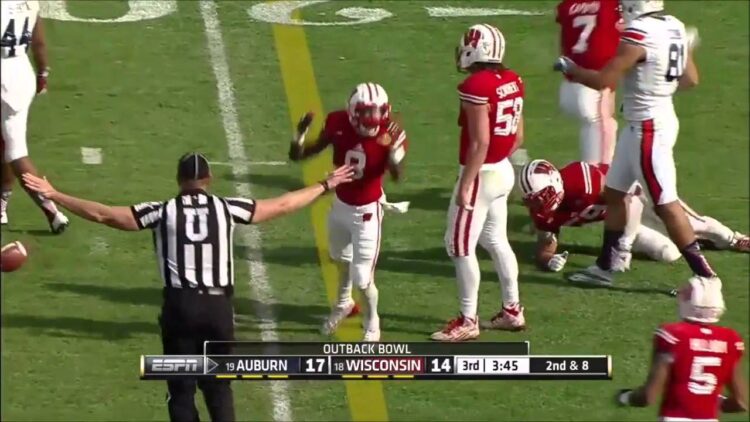 As a three-year starter for the Badgers, Michael Caputo served as the heart of a stout and stingy Wisconsin defense. Caputo takes pride in his intensity and tackling ability and it shows on the football field. Caputo put his skill on display in the 91st East-West Shrine Game picking off a pair of passes, including one from former Wisconsin quarterback Joel Stave, and logging three tackles en route to claiming defensive MVP honors helping the West claim a 29-9 victory.

Caputo has a non-stop motor that carries over from game day all the way to the practice field.

Outstanding overall production and experience. Caputo has 244 career tackles in 52 games, including 39 starts.

He is a strong run defender and a sure tackler.

Great read and reaction ability with a nose to always be in the middle of the action.

Caputo will not blow you away with his average speed and athleticism.

Only three career interceptions and may struggle in man coverage at the next level.

Will need to test well at the NFL combine and pro-day to move up into the mid-round draft conversation.

Caputo plays with a fierce, competitive style and his combination of aggression and instinct make him effective against the run or pass. Caputo doesn’t offer the athletic upside or intangible of Smith, but his ability to read and close on the ball is impressive in his own right.

Harrison Smith is enjoying this week in Hawaii making his first Pro Bowl appearance. Long overdue right? Smith is the first Vikings defensive back to make the Pro Bowl since Antoine Winfield’s outstanding 2010 season. Smith may be the best safety in the NFL, unfortunately the Vikings don’t have a reliable player to start next to him at the other safety position. Andrew Sendejo started for most of the season, but he’s headed toward free agency along with his backup Robert Blanton. The Vikings will look to replenish this unit and hopefully find the right complement for Smith. Having two top-notch safeties will make cornerbacks Xavier Rhodes and Trea Waynes’ job a little easier.

Smith is a perfect fit in Mike Zimmer’s scheme because he is so versatile and he can make the routine plays look routine. His attention to the fundaments help him excel not only in run support but pass coverage as well. Caputo has a similar knack for making that big hit in run support and the timely momentum changing play in zone pass coverage. Caputo is a long-shot to win a starting job as a rookie, but his gritty blue-collar work ethic and his ability to contribute on special teams will give him a fighting chance to make an NFL roster.