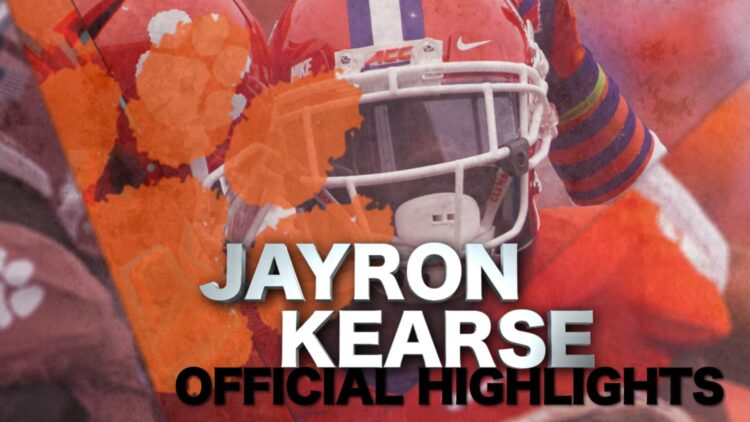 Prototypical size, length, and athleticism. At 6’4″ and 220 pounds, Kearse is one of the biggest college safeties to enter the league since Kam Chancellor and George Iloka. His 124-inch (10’3″) broad jump was the best among all safeties at the NFL Combine, and his ball skills resemble that of a wide receiver.

Like Trae Waynes, possesses excellent straight-line speed. Uses his long strides to cover the deep half of the field and can thrive as a single-high safety or as a Cover-2 defender.

Willing run defender with the physicality to make plays in the backfield. Showed flashes of becoming a consistent force in the box.

A ballhawk who forces turnovers. Finished his collegiate career with nine combined interceptions and forced fumbles.

Because of his size, Kearse is an intimidator in the middle of the defense. Earned a reputation as an explosive hitter who learned to anticipate certain deep routes down the field.

Lacks a killer-instinct. Kearse appeared disinterested and lethargic at times, relying more on athleticism than effort to win on the field.

Tall and lanky, but rail-thin with room to add weight to his frame. As of now, Kearse looks more like a wide receiver than an NFL strong safety.

Kearse is athletically gifted, but he’s lacking an advanced football IQ. Loses receivers in coverage, leading to chunk plays down the field. As a box defender, misses opportunities because of slow reads or reactions to the offense.

Stiff hips. Kearse’s change-of-direction is subpar compared to his leaping ability, and when asked to play man coverage against slot wide receivers, may struggle to hold his ground.

He flashes on film, but Kearse is a raw prospect. A draft pick invested in the Clemson safety is an investment in future potential. He’ll need top-notch coaching his rookie year to blossom into an elite strong safety.

With news that George Iloka will not return to the Cincinnati Bengals next season, Minnesota becomes an instant landing spot for the talented strong safety. Head coach Mike Zimmer has a history with Iloka, and the Vikings are in desperate need of a safety opposite Harrison Smith. But is the team willing to spend between $18 and $20 million on two players — Smith and Iloka — in 2016?

The salary cap conundrum opens the door to Rick Spielman using a draft pick on a college safety. There will be plenty available in the second round and beyond, where the Vikings have a total of six draft picks. At this point, Kearse is a realistic option to fall to the Vikings somewhere in that span, and he’s worth the investment.

Like Iloka, Kearse is tall, lanky, and has the speed to survive as the single-high safety in Zimmer’s defense. Obviously, he’s not the “sure thing” that Iloka is at this point of his career, but Kearse would fit in well with the Vikings secondary. Given Zimmer’s hands-on approach to coaching and the veteran leadership of the group, the Vikings offer Kearse the perfect environment to grow and mature.

If the team decides to pursue and sign Iloka, drafting Kearse makes little sense. But if Spielman opts to spend his free agency money elsewhere, the Clemson safety is a potential “Iloka Junior” who could finally give Harrison Smith a suitable running mate in the secondary.

Look for more scouting reports from Vikings Territory, including a few on other safety options as the Iloka-To-Minnesota rumors heat up!