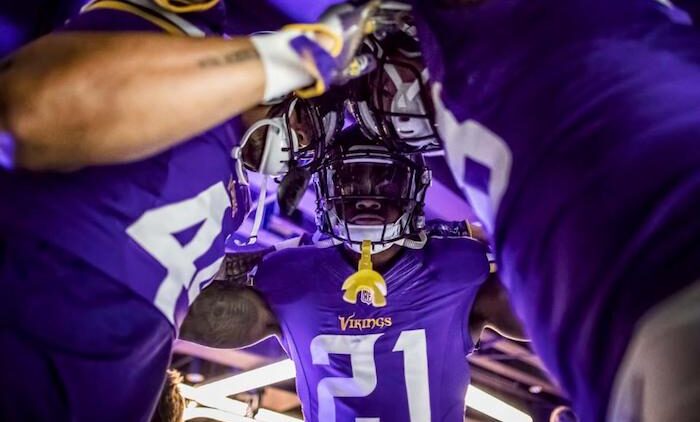 Wow, four games and four wins for the Minnesota Vikings so far in this 2016 NFL season. Not many thought this was possible even before their starting quarterback’s leg fell off and their elderly running back crumbled to the ground.

But the Vikings are taking the lead of head coach Mike Zimmer and not worrying for a second about what could possibly prevent them from accomplishing their goals this year.

The game plan has varied in each of their four games, but each strategy shared one common nucleus.

Most of Minnesota’s fans who are younger than 40 have not seen a Vikings defense ever play the way in which they are doing so in 2016. Minnesota’s current strategy is working for them so far, but that still does not mean that a few improvements cannot be made heading into their game on Sunday against the Houston Texans.

DO – Increase the involvement of Jerick McKinnon

After an okay performance against the Carolina Panthers in Week 3, McKinnon stepped up his game and gained almost 100 total yards against a tough New York Giants run defense last Monday.

His stat line has increased in the past two weeks and it should continue to do so this Sunday against the Texans. Houston has struggled against opposing running backs so far in 2016, so much so that they are allowing almost five yards per touch to the position group.

Given the matchup with the Texans, the Vikings should free McKinnon and make him the centerpiece of their game plan this week.

DON’T – Get aggressive in the defensive backfield

Zimmer is a master of giving a variety of different defensive looks to opposing offenses, but he may want to leave Minnesota’s defensive backs out of his blitz packages on Sunday.

Houston has a very fast rookie wide receiver in Will Fuller. Very fast.

One misstep by a Vikings cornerback could easily lead to Fuller or fellow Texans receiver DeAndre Hopkins finding themselves in the purple end zones of U.S. Bank Stadium. It is not a huge worry for Minnesota, just something they should have in the back of their minds his weekend.

DO – Bring the pressure from everywhere else

Texans quarterback Brock Osweiler has thrown at least one interception in each of his four starts this season. Something that the Vikings defense has to be salivating about.

Despite having no sacks on Monday against the Giants, Minnesota has still registered the second most sacks in the NFL this year. The Vikings obviously have the capability to get to the opposing team’s quarterback in 2016 and that is just what they should do on Sunday versus Houston.

It should not take very long into the game this weekend before Osweiler’s head begins to spin and he attempts to do his best Ryan Fitzpatrick impression.

Rudolph has been playing very well in 2016 and he should for the remainder of the season as well. But this game against the Texans may be one where he struggles.

Houston has yet to allow an opposing tight end to catch a touchdown this year and they have not allowed one since Week 14 of 2015.

It is not like the Texans have been facing any high school-caliber tight ends this season either. Through the first four weeks of 2016, Houston has shut down the likes of Travis Kielce, Martellus Bennett, and Delanie Walker.

Minnesota may want to think about involving their old friend Stefon Diggs a little more this week against the Texans.