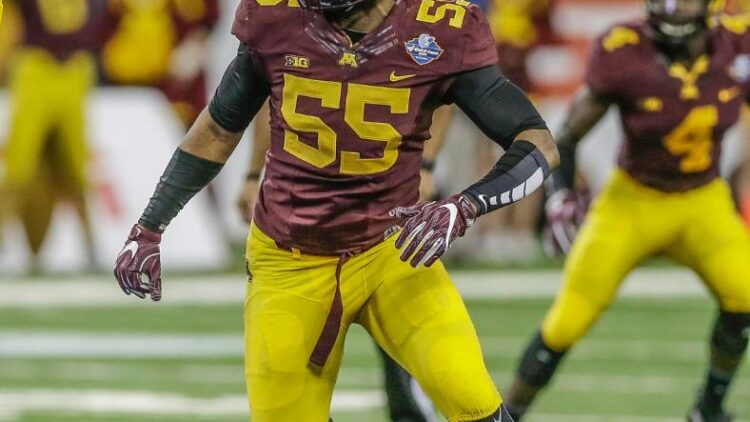 Minnesota Vikings like Matt Asiata, Marcus Sherels, and Adam Thielen entered the league as undrafted free agents, but they’ve still managed to make meaningful contributions on the field. Despite the glamour that comes with being a first, second, or even third round selection, sometimes it’s the lesser-known names who play the most important roles for a team.

Last year, quarterback Tyler Heinicke and safety Anthony Harris made the final 53-man roster as such players. This morning, the Vikings announced the 2016 class of rookie free agent signings, which includes a handful of offensive skill players, cornerbacks, and a familiar face at quarterback.

Like general manager Rick Spielman said last week, “You can never have enough cornerbacks.” Rawls is a small-school player from Kentucky State, but his size — 6’2″, 195 pounds — makes him a “training camp body” worth watching in July. Baxter, on the other hand, ran a 4.39-second 40-yard dash and has the size to play in the Nickel, much like second round draft pick Mackensie Alexander.

Pressley averaged 7.8 yards-per-carry over the course of his three-year career at New Mexico State and ran a 4.38-second 40-yard dash at his Pro Day. Ross was underutilized at Maryland, but offers the dual-threat abilities that so many teams covet in today’s pass-happy NFL. With just three running backs on the roster, either Pressley or Ross has a real shot at making the final 53-man roster.

A local player, Cockran has the <ahref=”http://www.nfl.com/draft/2016/profiles/theiren-cockran?id=2555258″>size and arm length that head coach Mike Zimmer loves in defensive ends. Perine is a bit of a “tweener” and could fit at either defensive end or outside linebacker for the Vikings. In 2015, he finished the year with four sacks and 6.5 tackles for loss. With the way Zimmer rotates defensive ends and changes personnel groupings, having extra bodies at the position in camp is a necessity.

Best of the Rest

The Vikings could’ve drafted a quarterback in the late rounds of the draft, but opted instead to test the free agent market. Former Wisconsin signal-caller Joel Stave landed in Minnesota, and coaches are sure to love his size and experience in a pro-style offense.

Carter joins David Morgan as another tight end, H-back option for the Vikings and offensive coordinator Norv Turner. At UMass last season, Michel caught 92 passes for 1,016 yards and six touchdowns, showing potential as a ballcarrier out of the backfield. And Ganus, who started his career at UAB, was a productive middle linebacker for the Georgia Bulldogs.