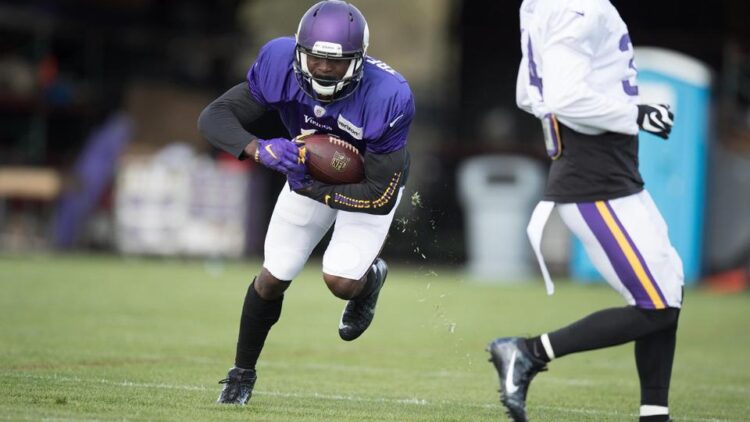 The Minnesota Vikings’ second primetime game of 2016 finds the team at its healthiest in this young season. The offensive line is as intact as its been in weeks, the receiving corps is surprisingly deep, and a new tight end will make his debut tonight.

Alex Boone, who injured his hip last week, will start at left guard for the Vikings. He’ll be joined on offense by Laquon Treadwell, a healthy scratch against the Carolina Panthers in Week 3. MyCole Pruitt is also making his first appearance of the year following a knee injury suffered in the preseason. His return comes as David Morgan, Minnesota’s productive rookie tight end, recovers from a knee injury suffered last week.

Wright is a healthy scratch despite playing against the Carolina Panthers. He failed to record a catch and continues his back-and-forth battle with Treadwell for playing time. Hillman won’t see the field, as he continues to lag behind Jerick McKinnon and Matt Asiata in the backfield.

Against the Giants, Minnesota should have its way with a battered New York roster. The 2-1 Giants are missing three defensive backs, as well as their starting running back. For a Vikings passing attack that’s carried the offense, tonight could serve as a coming out party for Sam Bradford, Stefon Diggs, and Company.

It’s the running game that needs to get going, though that may be a difficult task; New York currently allows just 3.2 yards per carry and 77.3 yards per game. Their full inactives list includes:

If Minnesota can win tonight, they’ll move to 4-0 on the season and widen the gap in the NFC North. The team’s expected to win, but anything can happen in primetime for the Vikings.