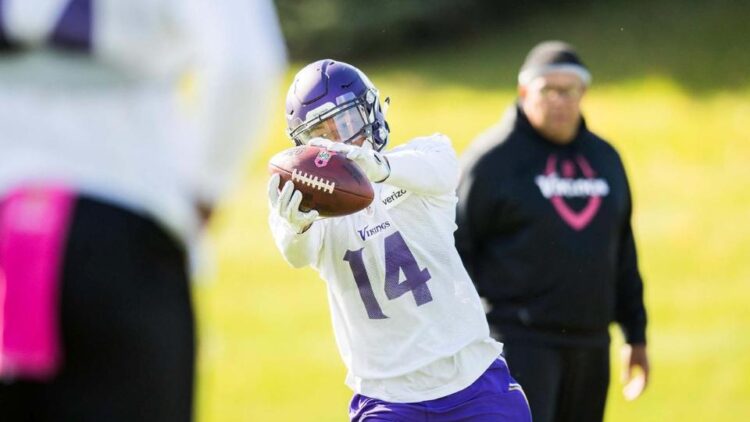 The Minnesota Vikings enter Week 7 armed with arguably their most dangerous offensive weapon, Stefon Diggs. A groin/hamstring injury kept Diggs out of Minnesota’s last game, but the second-year receiver will start as the Vikings look to defeat the Philadelphia Eagles.

With Laquon Treadwell (thumb) and Jarius Wright (ankle) inactive, Diggs should see plenty of play in the Vikings’ new-look, hurry-up offense. It’s an encouraging sign that Diggs is starting, indicating he’s close to full health. In addition to Treadwell and Wright, the Vikings will sit five other players:

Sharrif Floyd continues to work his way back from an early season knee procedure. MyCole Pruitt injured his knee in Week 5 but is expected to return soon.

Despite the injury to Pruitt, the Vikings do get Rhett Ellison and David Morgan, two of the team’s better blocking tight ends, back for today’s game. They’ll play a critical role in pass protection and run blocking against the Eagles’ stout front seven.

Ronnie Hillman is also active for the first time this season and could serve a role as the team’s change-of-pace back. Like Hillman, Jake Long will also make his debut for the Vikings. Long signed with the team prior to the Week 6 bye and has had plenty of time to absorb Norv Turner’s offense.

According to Chris Tomasson, Long won’t start at left tackle but will dress. T.J. Clemmings remains the starter on the left, with Jeremiah Sirles manning the right side of the offensive line. Brandon Fusco left early in the Week 5 game, but passed the NFL’s concussion protocol and will start at right guard.

The Philadelphia Eagles are without defensive tackle Bennie Logan, who will miss today’s game with a groin injury.