GUEST POST: The Agony Of This Kind Of Defeat 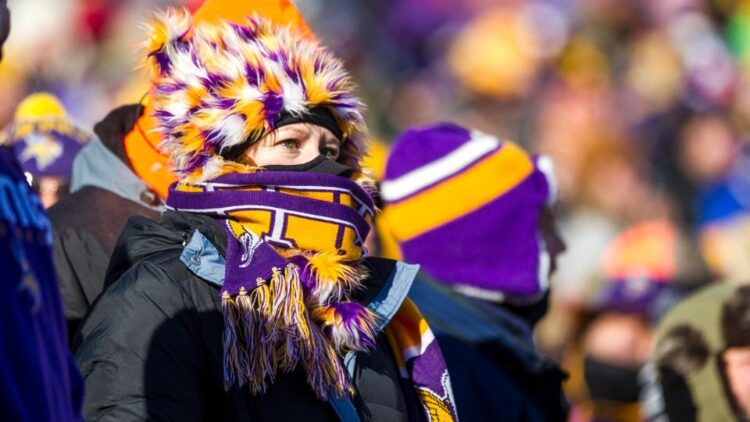 [NOTE FROM ADAM: This is a guest post from Sam Neumann. He is the author of three books, including the New York Times Bestseller Memoirs of a Gas Station: A Delightfully Awkward Journey Across the Alaskan Tundra. He is a lifelong Vikings fan who currently resides in Denver. You can follow him on Twitter @NeumSamN.]

Why Do I Do This?

I’m sitting here a day after the Vikings astonishing, embarrassing, and all-too-Vikings playoff loss to the Seahawks, and try as I might, I really cannot get the visual of a 27-yard field goal going wide left out of my head. Just make the kick, Blair. You’ve been crushing the ball all day in temperatures that are wholly unreasonable for a kicker to do his job. You drilled a 47-yarder with the laces squarely pointed toward you. You’re responsible for the team’s only points. This one’s for the win. It’s a chip shot. Just make the kick.

But he didn’t, and as I watched that kick sail wide, I’m thinking “unbelievable” and “of course” at the same time. Unbelievable because, heck, that’s a 99% kick right there, and this is one of the (statistically) best kickers in the NFL. Of course, because this is the Vikings we’re talking about, and that’s what they do. They don’t just lose. They lose spectacularly. They crush your soul.

My brother and I were texting each other yesterday, long enough after the game to soak it all in, and we both mentioned how we wouldn’t mind being Browns fans at times like these. We even fantasize about it, as he put it. Because with a team like the Browns, you know what you’re getting. They’re bad, and that’s it. They lose. They give it to you straight. With the Vikings, it’s different; you know they deal (that they always blow it, so why wouldn’t they blow it again?), but they get you right to that edge where you think they might actually pull it off. They win 11 games. They take the division. They play one heck of a game against the hottest team in the NFL, and then in the fourth quarter, a few screwy plays happen and a sure game-winner sails wide left.

After games like these, I always find myself asking, “why do I do this?” Why do I get so emotionally invested in a game over which I have no control, and a team with which I have absolutely no affiliation? Why do I care so much if they win or lose? I could’ve done something else with my Sunday. I could’ve gone for a hike or gone snowboarding or just taken a really nice long walk with my dog, enjoying a beautiful winter day and breathing fresh air and feeling the sun on my face and appreciating an activity in which no one loses. I could have felt good today. I could have chosen that.

But instead I watched the game, because that was the only real option, wasn’t it? I’m a fan. Rational or not, it’s what we do. We wake up with a glint in our eyes and get all giddy at breakfast and sit in front of the TV a half hour before kickoff because we just can’t wait for the game. And then we watch it, we yell at players who can’t hear us and don’t know we exist, and we yell and jump around when they do something good, and bury our faces in our hands or slam the rest of the Coors when they do something bad. We watch. We cheer. It’s “us” against “them,” and it’s what we’re programmed to do. And we cheer for the wins, and they win just enough to make us think they’ll keep winning, and then, at the worst time, they stop.

The Vikings win just enough to make you think they have a shot. They win until the stage gets big. And then the NFC Championship against the Falcons happens. 41-donut happens, the Favre interception happens, Nate Poole happens. Yesterday happens. And then we remember, oh yeah, this is what they do. They rip our hearts out.

So why, then? Why do we keep coming back? Why do invest our time and emotions into these games when history has told us it’s just going to end this way? That it always ends this way? I don’t know. But I think it’s hope. No matter what – no matter how many of these garbage gut punch endings there are – there’s always hope that sometime, someday, once, just once, they’re gonna get it right. They’re not gonna choke. Four Super Bowls, four Super Bowl losses. Too many sensational playoff failures to count. But still – but still – there’s that hope. That one day we’ll be on the other end of it. One day we’ll get to watch them pull it off instead of screw it up.

A year ago, a friend of mine, who is a casual sports fan, asked me about changing teams. He’s a Raiders fan. His squad hasn’t been good in more than a decade. We live in Denver, and are in the midst of an influential five-year run by the Broncos. The team is good, the town loves them, and the people are abuzz after wins. This year, they were the best team in the AFC. Should he just become a Broncos fan, he asked? Wouldn’t it just be easier to switch teams?

Because you stick with your squad. In winning seasons and in decade-long drought, you stick with your squad. You stand proud as a fan, no matter how bad things get. Because once we start hopping on and off bandwagons based on who’s good and what’s more convenient, none of it means anything anymore. Because when you stick with that squad through all the losses, through the playoff heartbreaks and Super Bowl blunders and missed 27-yarders, then, if and when they finally get it right, you get to enjoy it, because you earned it. Because you didn’t bail.

I don’t know if the Vikings will ever figure it out. I don’t know if they’ll ever put it together and win a Super Bowl, of it will just be a lifetime of borderline comical big spot failures. But, Vikings fans, we don’t get to jump ship. This is what we were born into, what we were indoctrinated into, and they’re all we got. They may just keep disappointing us. They may just keep doing what they do. But I’d rather cheer for a loser, my loser, than hop aboard some bandwagon. I’d rather feel like crap on a day like today than start picking “second teams.” I’ll take the heartbreaking losses, because the only reason they feel that way is because they mean something. We care. That means something.

They might just keep imploding on us. They might. But, someday, they might finally win the big one, too. And on that day, all of this will be worth it. All of the built up frustration and anger from spectacular loss after spectacular loss will make it so much better when they finally figure it out.

Some fans are spoiled. The Patriots win a Super Bowl every two or three months. The Packers have, what, 6 championships now? Their fans – at least their fans under 35 – don’t know what  3-13 feels like. We do. We know what all kinds of football failure feels like. We don’t get things easily, at least not when it comes to sports. We’re from Minnesota. We root for a team in purple. It’s not the greatest hand to be dealt. But it’s our hand. It’s our team.

It’s got to be one of these years.