Vikings Stay Unbeaten in 2016 After Holding Off the Giants 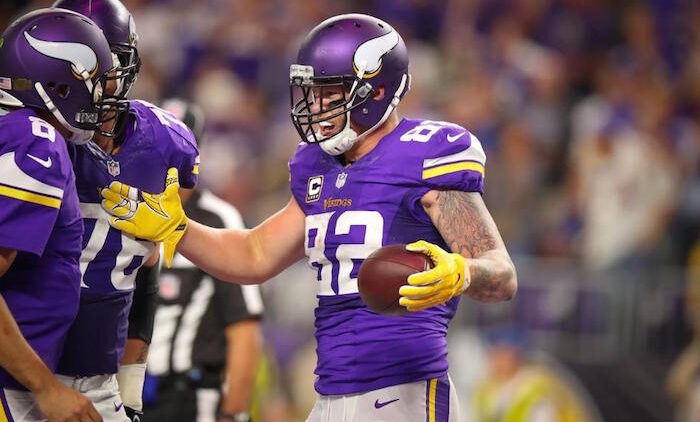 It seemed like it was going to be an easy night for the Minnesota Vikings in their matchup with the New York Giants as they lead 17-3 at the end of three quarters. The Giants made the game a little closer with a touchdown in the fourth quarter, but the Vikings answered with their own touchdown in the fourth and held on for the 24-10 win.

With the win, Minnesota improves to 4-0 and and are one of three remaining unbeaten teams in the NFL this season.

To really break it down, the Vikings got the victory by playing smart, mistake free football against the Giants. For the third game this year, Minnesota finished the game with no turnovers and they have only one for the entire season.

On the other side, the Vikings defense forced New York to turn the ball over twice and Minnesota scored 10 of their 24 points Monday on the drives following a Giants’ turnover.

Speaking of turnovers, Vikings quarterback Sam Bradford has yet to commit one in his three starts for the team this season. Bradford had another solid game, completing 26 of 36 passes for 262 yards and one touchdown.

Minnesota running back Jerick McKinnon had a much better game on Monday than he did last week against the Carolina Panthers. McKinnon gained 95 total yards and scored a touchdown on 21 touches.

Tight end Kyle Rudolph continued his impressive 2016 campaign for the Vikings and ended up in the end zone for the third straight game. In addition to his touchdown reception, Rudolph finished Monday night with five catches for 55 yards.

The surprise of the night on Minnesota’s offense for the night may have been the inclusion of wide receiver Cordarrelle Patterson. He did not see many snaps in the team’s first three games of the season, but on Monday night Patterson was targeted six times and finished with 40 total yards on six touches.

For someone who just looked at the stat sheet from Monday’s game, it may seem like the Vikings’ defense had an off night by allowing 339 total yards to the New York offense. But for anyone who watched the game, they would know that Minnesota’s defense had absolutely no trouble in stopping the Giants.

New York’s offense struggled all night against the Vikings’ defense on third and fourth down, converting on only 2 of 14 attempts. Minnesota also held the Giants’ talented trio of wide receivers in Odell Beckham Jr., Victor Cruz, and Sterling Shepard to just 103 yards on 12 catches.

The Vikings host the Houston Texans next week at U.S. Bank Stadium in their last game before their bye in Week 6. Minnesota will be looking to improve to 5-0 for the first time since the 2009 season.