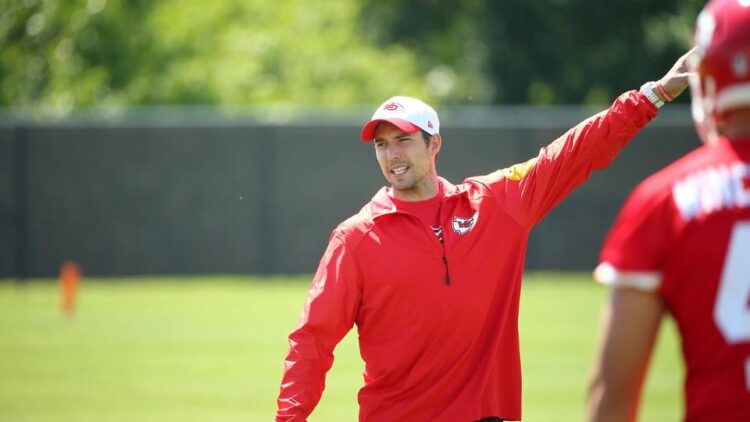 The rash of pectoral injuries may finally be over in Winter Park. As announced on the Minnesota Vikings’ official website, the team has named Brent Salazar its Strength and Conditioning coach. Salazar spent the previous nine years (2007-2015) with the Kansas City Chiefs, where he was a strength and conditioning assistant.

The announcement comes a little less than a month after the Vikings’ decision to part ways with Evan Marcus, who held the same position from 2014 to 2015. Under Marcus, the Vikings moved to a free weight program in the 2014 offseason that eliminated the use of certain machines. His shift in philosophy coincided with setbacks to a number of players. Josh Robinson, Brian Robison, Jerick McKinnon, Brandon Fusco, and Phil Loadholt all fell victim to weight room-related injuries.

According to the Chiefs, Salazar is a well-respected strength coach. He was retained by two different coaching staffs in Kansas City and has a wealth of experience across multiple sports. Before joining the Chiefs, Salazar was the assistant director of athletic performance at the University of the Pacific in 2006. There, he designed and implemented training regimens for seven different varsity sports.

Salazar also served as a strength and conditioning intern for three different programs: UNLV (2005), the Denver Broncos (2005), and at the University of New Mexico (2002-2003). Some of his most important work, though, came at Velocity Sports Performance in 2006. It was there that he began working with collegiate football players to prepare them for the NFL Combine. The training facility’s website puts a strong emphasis on injury prevention and rehabilitation for football players:

[quote_center]”We’ll help you stay in play with mobility development, rehabilitation exercises, and movement analysis. Reduce the likelihood of injury with STACK Velocity Sports Performance’s Prehabilitation, a specialized program that helps decrease the incidence of acute and overuse injuries.”[/quote_center]

It’s unclear what regimen Salazar will implement for the Vikings, but his firsthand knowledge of multiple sports and specific workouts should go above and beyond the team’s previous free weight program. Salazar graduated from New Mexico in 2003 with a degree in Exercise Physiology. He is a certified Strength and Conditioning Specialist by the National Strength and Conditioning Association.