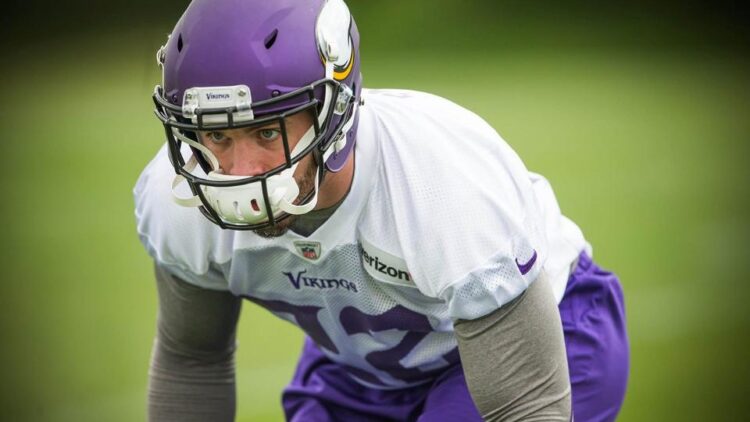 Harrison Smith’s patience was finally rewarded; the Minnesota Vikings made their star defender the NFL’s highest paid safety, inking Smith to a five-year, $51.25 million contract extension. According to the team’s official website, the move was an offseason goal for general manager Rick Spielman, who has a history of retaining key draft picks.

Shortly after the announcement, the media took to Twitter to release Smith’s contract details, and the numbers were impressive. Over the next three years, Smith will make an average of $10.75 million, putting him ahead of Seattle Seahawks safety Earl Thomas ($10 million per year).

Ian Rapoport of NFL.com was the first to break down Smith’s guaranteed money, which includes a full guarantee of $15.278 million and $28.578 million in total guarantees. The deal keeps Minnesota’s dynamic, dual-threat safety in Purple and Gold through the 2021 season.

Smith watched as fellow 2012 NFL Draft classmates — Rhett Ellison, Blair Walsh, Jarius Wright, and Audie Cole — all signed new contracts over the past two years. For a player who is arguably the Vikings’ most valuable defender, it only seemed a matter of time before Smith joined them on Minnesota’s new payroll. When asked during organized team activities (OTAs) why that hadn’t happened yet, Smith simply expressed faith in the front office and voiced his desire to remain with the Vikings.

Since being drafted 29th-overall four years ago, Smith has recorded 402 tackles (coaches’ tally), 11 tackles for loss, 5.5 sacks, 14 quarterback hurries, four forced fumbles, two fumble recoveries, 12 interceptions and 27 passes defended. According to NFL spokesperson Randall Liu, Smith is the only player since 2012 to compile more than 300 tackles and at least five sacks (5.5), 10 interceptions (12) and four returned interceptions for touchdowns.

However, there’s some that believe Smith hasn’t unlocked his full potential. Earlier this offseason, head coach Mike Zimmer argued that Smith could become an even better player with the right running mate in the secondary.

“If Harrison Smith was paired with a guy that had some other qualities, we could allow Harrison to be more of an impactful player,” Zimmer said, per the team’s official website. “I think Harrison could be more impactful if he had the right kind of person next to him.”

Even without the Robin to his Batman, Smith has done everything for the Vikings. The ‘Hitman’ is a force against the run, an adept blitzer, and a ballhawk in the deep half. As Pro Football Focus stated this offseason, he’s a defender quarterbacks have to account for on every single play. And now, they’ll be looking for Smith in Minnesota’s secondary for years to come.