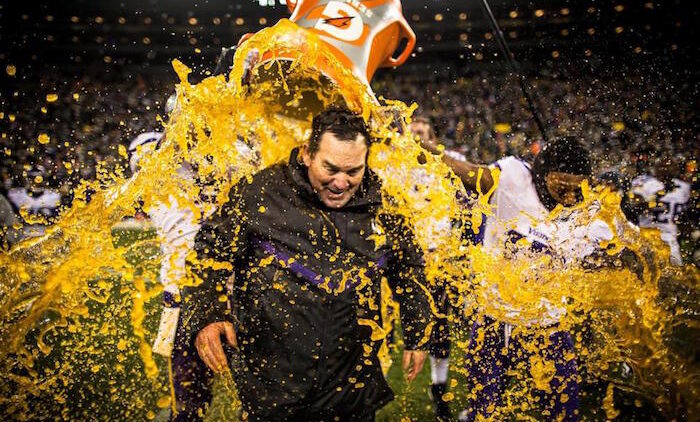 A season after leading the Minnesota Vikings to a NFC North division title and a berth in the playoffs, the team has decided to reward head coach Mike Zimmer with a contract extension.

First a new stadium and now a new contract for Coach Zimmer!

Terms of the contract have yet to be released, but Vikings fans should be ecstatic about Zimmer agreeing to stay in Minnesota longer. If the Vikings are going to have a run of success in the near future, it will be with Zimmer leading the way.

“We believe the continuity established with Mike leading our football team is a very positive step for our organization.” – Zygi Wilf, Vikings Owner/Chairman

After guiding Minnesota to a 7-9, Adrian Peterson-less season in 2014, Zimmer lead the Vikings last year to an 11-5 record and their first division title since 2009. Zimmer and Minnesota are hoping the team takes another step forward during the 2016 season.

The Vikings head coach spent 35 years as an assistant coach in both college and the NFL before landing his first head coaching gig with the team in 2014. By awarding Zimmer with an extension, it shows that the team believes their head coach is capable of leading them to the promised land.

Minnesota’s head coach does not smile often, but there is a good chance a smile will make a few appearances on Zimmer’s face after today’s announcement.