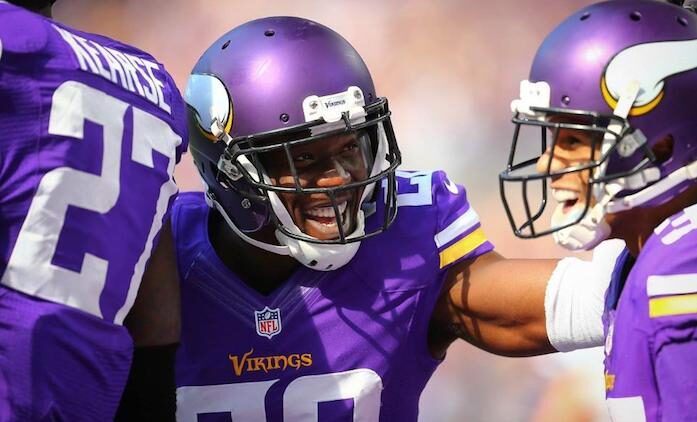 After scoring a touchdown on their opening drive on Sunday, the Minnesota Vikings never looked back and eventually defeated the Houston Texans 31-13. Behind 24 unanswered points in the first half, the Vikings had virtually no trouble in taking care of the Texans and easily improved to 5-0 on the season.

At the end of the first quarter, Minnesota led Houston 14-0 and it was extremely hard to imagine the Vikings giving up that large of a lead on Sunday based on the way their defense has been playing in 2016.

Speaking of defense, the Vikings unit kept up with their fierce play this season with another impressive performance on Sunday. Minnesota racked up four sacks, one interception, and held the Texans to just 214 total yards on the day.

The Vikings have scored in a variety of different ways this year and it was no different on Sunday against Houston. Minnesota padded their lead midway through the second quarter with an exciting 79-yard punt return for a touchdown by cornerback Marcus Sherels. For Sherels, the touchdown return was the second he has had so far in 2016.

With the win, quarterback Sam Bradford improved his record to 4-0 as a Vikings starter this season. Bradford had another turnover-free game and finished the day completing 22 of 30 passes for 271 yards and two touchdowns. 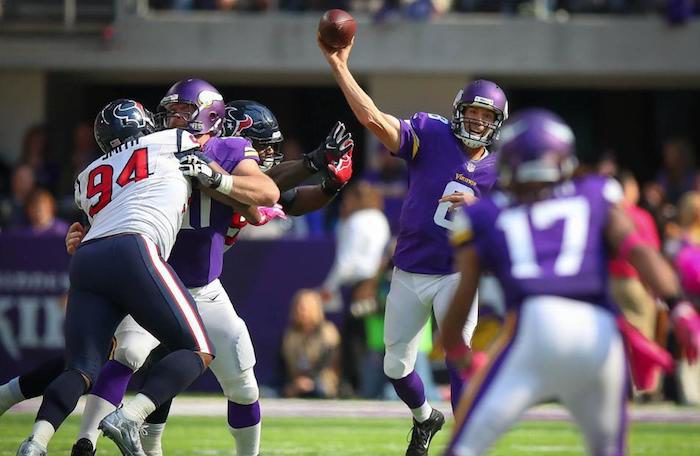 One of the recipients of a Bradford touchdown on Sunday was wide receiver Adam Thielen. In his third NFL season, Thielen had a career day against the Texans finishing with seven catches for 127 yards and one touchdown.

Minnesota wide receiver Cordarrelle Patterson saw his role in the offense increase for the second straight game on Sunday. He finished with just 46 total yards on five touches, but he was able to register his first touchdown catch since Week 7 of the 2014 season.

Next week the Vikings will get a much anticipated week off and it should allow for some of their players to rest up before their showdown with the Philadelphia Eagles on October 23rd.