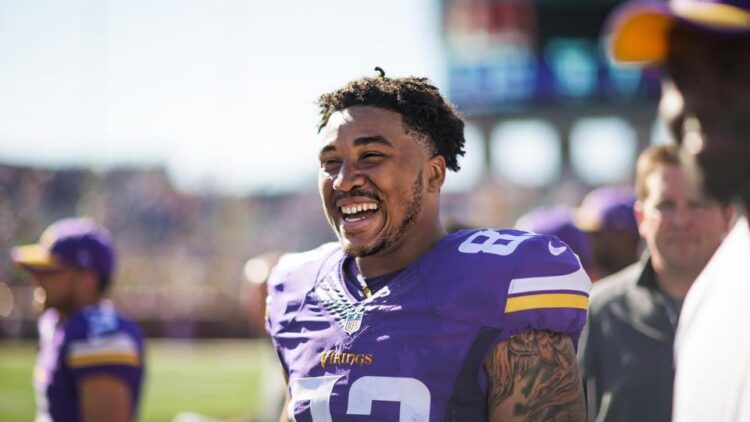 Injuries have a way of influencing the way teams operate both on and off the field. The balance between sufficient depth and play-making potential is often put to the test when faced with a lengthy injury report.

After weaving through a multitude of high-impact injuries, the Minnesota Vikings were forced to make a difficult decision in an effort to field a 53-man roster that boasts talent, depth, and stability.

The Vikings announced they have activated Taylor Heinicke from their non-football injury list, and, in order to clear a roster spot for the former Old Dominion quarterback, the team waived tight end MyCole Pruitt.

We have activated @Taylor_Heinicke and waived MyCole Pruitt.

Heinicke, who made the Vikings 53-man roster out of training camp as an undrafted free agent last season, missed the first eight games this season due to a bizarre ankle injury suffered while attempting to break into his own home this past July. While his activation yields no immediate dividends, Heinicke’s return to the active roster reinforces the team’s depth at quarterback behind starter Sam Bradford and veteran Shaun Hill.

The decision to activate Heinicke was universally expected upon recovery, but the manner in which the Vikings would handle the imminent arrival of this situation remained up for debate. Pruitt, a 2015 fifth-round pick, unfortunately, proved to be the roster casualty.

Minnesota ultimately decided in favor of positional security at quarterback and a well-rounded tight end group consisting of Kyle Rudolph, Rhett Ellison, and 2016 sixth-round pick David Morgan over the dynamic potential that Pruitt has exhibited when healthy.

A standout at Southern Illinois, the Vikings selected the FCS product with the goal of tapping into his rare combination of size and speed. A consistent string of injuries has derailed the fulfillment of this objective and following Norv Turner’s resignation, Minnesota elected to move in a different direction.

Turner, who has had plenty of success with athletically gifted tight ends such as Antonio Gates or Jordan Cameron, quite likely played a role in the selection of Pruitt, as his hulking physical frame and outstanding straight-line speed seemingly make for a perfect fit in the former Vikings offensive coordinator’s vertical offense.

The resignation of Turner, interim offensive coordinator Pat Shurmur’s differing philosophy with regard to tight end usage and the presence of Morgan on the active roster likely set the stage for this decision.

Pruitt departs having totaled 10 receptions and 89 yards in 18 games (three starts) with the Vikings.

Cutting ties with an athlete of Pruitt’s caliber could prove costly at some point down the road, but with an injury-prone Bradford playing behind an extremely ineffective offensive line, the need for capable depth at quarterback offered by Heinicke forced a difficult decision.