Son of Randy Moss to Play for NC State 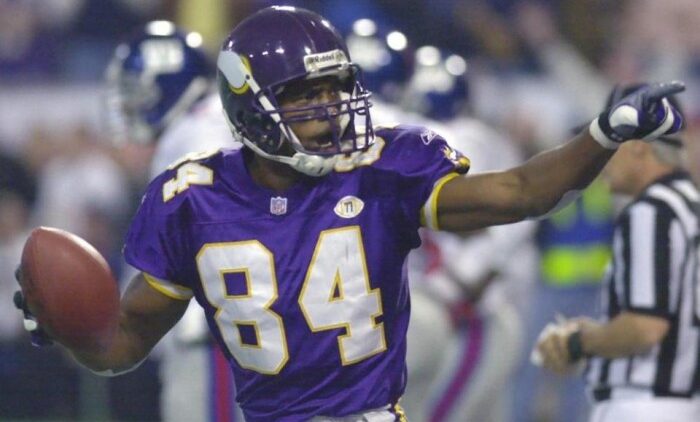 Randy Moss dazzled Vikings fans every time he stepped on the football field in a purple jersey and now his son will be catching passes for a Division I college football program. Thaddeus Moss made his announcement via Twitter that he has committed to play football for the Wolfpack of North Carolina State.

A 6’3″, 240 pound tight end out of Charlotte, North Carolina, Moss was recruited by almost every Division I college football powerhouse including Alabama, Texas A&M, and USC. But Moss made the decision that he felt was best for him and that was to play closer to home.

In three or four years, current Vikings tight end Kyle Rudolph could be on the downside of his career and the team could be looking for a new tight end to add to their roster. Who knows, maybe Thaddeus could even become the second person in his family to play professional football in the state of Minnesota.