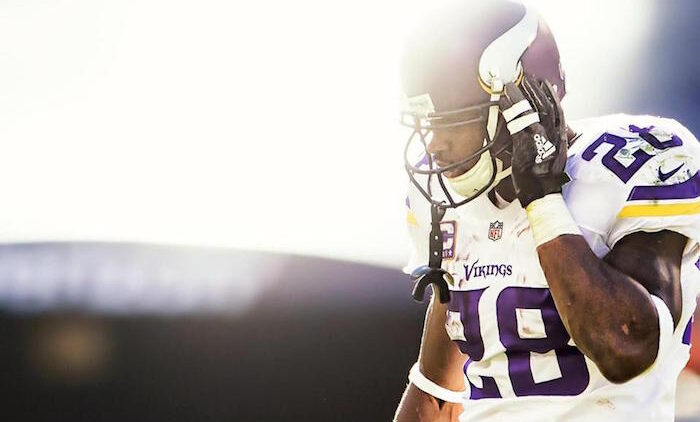 Last night on the NFL Network, the final 10 players in the NFL Top 100 Players of 2016 list were revealed. Featured in the list’s number five slot was none other than the Minnesota Vikings very own, running back Adrian Peterson.

Since its creation in 2010, this list of the NFL’s best has been voted on by the actual players themselves. With such a high ranking in this year’s countdown, it shows how much Peterson is still respected by his peers around the league.

Interestingly enough, Gurley’s segment in the countdown actually starts off with Peterson commenting on how he sees a lot of his own traits in the young Rams running back.

Peterson has made the top 10 portion of the list in all but one year since 2010. Five times, he has ranked in the top five and he finished at the top of the list in 2013 after his monster 2012 season.

After leading the league in rushing last season for the third time in his career, the 31-year-old Peterson does not seem as though he will be slowing down anytime soon. For the Vikings sake, they hope that will remain true next season in their quest for a Super Bowl victory.

Minnesota’s all-time leading rusher says that he has been working harder than ever this offseason. Even making claims that he is currently in the best shape of his career.

If the Vikings can find a way to utilize Peterson’s strengths without making him the primary focus of their offense, the future could be bright for Minnesota in 2016. Who knows, maybe a new version of Peterson could lead to a ranking at the top of this countdown in 2017?