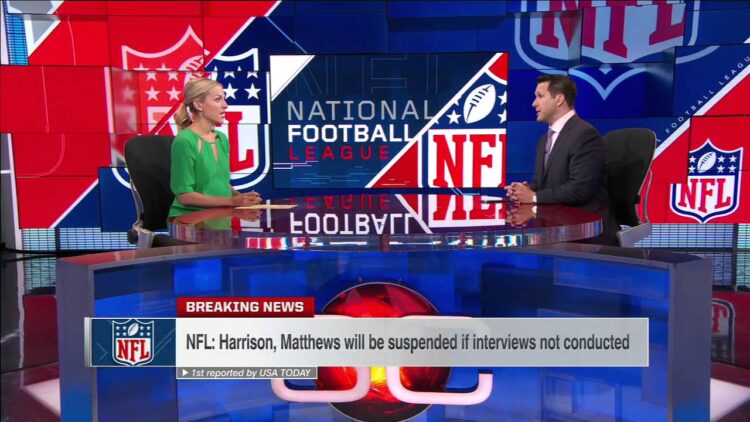 The Minnesota Vikings were “victorious” in their preseason debut, but the final score means much less than the evaluation of how things actually went, and I would tend to agree with Mike Zimmer in that this team has a ways to go before they are ready to compete in Week One. That can be said for every team right now, however, and it is time to take our weekly look at what is happening with our NFC North enemies.

PED Problems For The Packers

I love when the Vikings beat the Packers, but I like it best when both teams are playing as close to full strength as possible. With the drawn out StarCaps saga going down into history as one of the most tedious and boring bits of Vikings history I’ve ever written about, I can assure our Packer fan foes that this latest news will not be fun for them to follow.

Three prominent Packers players (Clay Matthews, Julius Peppers, and Mike Neal) have been informed by the NFL that they will be suspended indefinitely if they do not participate in an investigation regarding performance enhancing drugs by August 25th. James Harrison of the Pittsburgh Steelers is also subject to those terms.

The news broke as a result of a letter sent from an NFL official to the NFL Player’s Association. The letter states that each would be suspended until they are willingly interviewed as part of the NFL’s investigation and, after they participate, reinstatement would be at the sole discretion of Commissioner Roger Goodell.

The details of this entire bit of drama are as complex as they are many, and I encourage all interested in it to follow the always-thorough work of USA Today‘s Tom Pelissero to keep tabs on it. There will surely be lawyers, appeals, and more lawyers as this thing drags on… but it appears clear that the NFL intends to bring it to a head very quickly.

As a result, the Packers are now entering the season uncertain as to if and when three pieces of their front seven will be available. This will certainly give pause to the pundits and projections that have all but given the NFC North crown back to Green Bay this offseason.

After the debacle in Canton cancelled Green Bay’s first preseason game, they came out and beat the Browns at home this week by a score of 17-11. Matthews and Peppers did not play in the game and neither did quarterback Aaron Rodgers.

Lions Are Preparing To Pounce

The Detroit Lions are expected by many to be terrible in 2016, but I’ve been cautiously dubious of that notion as I see a team with a well-rounded enough roster to cause some problems in the standings and take multiple teams by surprise.

One thing that could certainly help them make up for roster holes, and mask the disappearance of Calvin Johnson, is the fact that head coach Jim Caldwell is looking to take one of the NFL’s slowest offense’s from last year and turn them into a no-huddle wild card in 2016.

“It does give you an opportunity to, number one, control the pace of the game,” Caldwell said of his fast paced offense that beat the Steelers 30-17 this week. “From a defensive standpoint, you just force them not to substitute as much.”

Vikings fans can probably remember how fast paced offenses once embarrassed them on a regular basis, including one terrible Monday Night outing against New England that still haunts my dreams, but I also have faith that a Zimmer-led defense will be far better prepared to combat such a wrinkle.

Still, this display of progressive thinking and aggressive play calling will almost certainly provide Detroit with some advantages throughout the season.

“We are able to change pace however we want to,” said quarterback Matthew Stafford after the game. “Tonight, we wanted to get some of the work in on the road. We were trying not to huddle as much as we could.”

Other than Alshon Jeffery and Kevin White both looking healthy and ready, I’m not sure there was a whole lot to like about the Chicago Bears’ preseason debut.

You know things didn’t go great when the head coach talks after the game and immediately expresses disappointment, says he was surprised at how bad it was, and then gives a half-assed excuse for the performance.

“I was disappointed personally,” said head coach John Fox. “I think our team was disappointed. We were expecting more. I don’t know that we executed as well as any of us expected. It is preseason, you don’t game plan. It’s pretty basic.”

Most notably, the Bears offensive line looked atrocious, allowing Jay Cutler and Brian Hoyer to be sacked a combined five times. To put that in perspective, those two quarterbacks combined for ten completed passes. I’m guessing that a 1:2 sack-to-completion ratio is something that disappointed John Fox… that he didn’t really expect it… and that a good old “we didn’t game plan” excuse will keep the reporters at bay for at least one more week.