Kluwe: ’50-60 Percent’ of NFL Players Use Marijuana During the Season 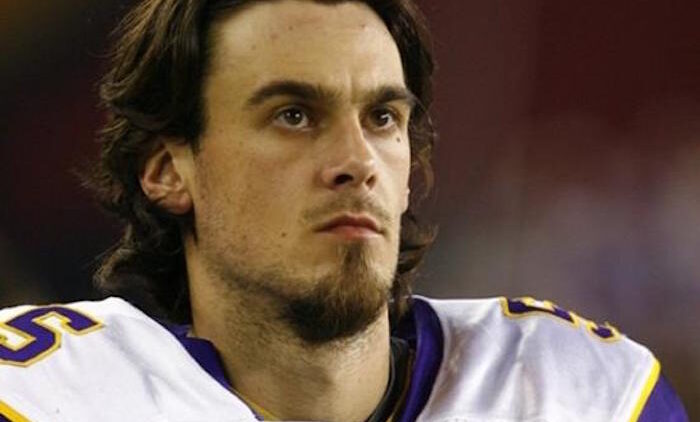 Some may remember Chris Kluwe as the former Minnesota Vikings punter who spent eight seasons with the team from 2005-2012. While others may remember Kluwe more for his not-so-quiet exit from Minnesota.

I was lucky enough to talk to the former Vikings punter recently about topics such as the team’s current punting situation, marijuana in the NFL, Colin Kaepernick, and whether or not he will making an appearance at U.S. Bank stadium anytime soon.

AP: What are you up to lately?

CK: Currently I’m in Seattle for PAX, the video game convention. But other than that, just doing the stay at home dad thing. Taking care of the kids.

AP: Are you still involved with football in any sort of way?

CK: Not particularly, I do interviews and stuff for when people will ask about athletes and social activists and things like that. But other than that, not really.

AP: Right, so you’re not doing football clinics or anything like that?

CK: No, although I’ll probably actually help out with the local high school this year I think. They have a new coaching staff and they said they had a kicker there that if I wanted to work with, they would be more than happy to (allow me to help). So, I’ll probably do that.

AP: Wow, that’s cool. Do you still keep up with the Vikings? Perhaps their punting situation?

CK: Yeah, I try to pay attention because I know that people will ask just in the course of everyday conversation and also in interviews.

“I think this is pretty much a make or break year for (Vikings punter Jeff) Locke, because if he doesn’t punt well indoors (the Vikings) are probably going to end up cutting their losses.”

AP: Do you think Locke’s punting could improve now that he will play more than half of his season indoors?

CK: Yeah, I think it will definitely help. It’s obviously a lot easier to punt indoors than it is to punt outdoors and (TCF Bank Stadium) is not an easy place to punt at. It’s pretty windy there.

AP: Yeah, hopefully for his sake. Ok, so you have been involved in various social issues in the past, are there any current issues or problems that you are working towards finding a solution for or improving?

CK: Kind of everything that falls under basic human rights and empathy. Usually I’ll see something in the news or in social media and I’ll talk about it for a bit and start making people aware of it if they aren’t.

Really, most of the problems that we face boil down to a supplemental lack of evidence. People understanding that just because your life is good, doesn’t necessarily mean that other people’s lives are good.

AP: I noticed that you have worked in the past with the Gridiron Cannabis Coalition, are you still working with the organization and if so can you explain what it’s all about and why you chose to get involved.

CK: So I’ve been working with them for about a month and a half now. So fairly recently. A mutual friend put me in contact with them and he explained what they were doing and I thought it was a pretty good idea.

Cannabis is rapidly on its way to becoming legal across the United States and it’s one of those things where I know a lot of players, both in the (NFL) and now out of the league, have looked at opiates and been like, “we don’t want any part of that,” because they see what happens to the older players.

So if there’s an alternative, then that’s something the players should be able to have access to because it’s a safer alternative to provide pain relief.

AP: You have also mentioned in previous interviews that you used marijuana to help with pain from football related injuries, what are the benefits of using marijuana as a pain reliever?

CK: I think it definitely has analgesic (pain relieving) properties. It has definitely been proven to help with pain relief and the side effects, in terms of the stress that it puts on your body, are less than what you would get from something like Oxycontin or Vicodin.

That’s why we do scientific tests so we can figure out exactly how things work. Once we have those figured out, players should be able to use that.

AP: How many players do you estimate smoke marijuana in today’s NFL?

AP: During the season?

CK: Definitely during the season.

“The NFL is not really interested in catching you. The only way you get caught is if you legitimately have a problem. In which case you probably should be seeking some sort of treatment plan.”

You know exactly when the (NFL drug test) is coming, they tell you when its coming. If you can’t be without it for three weeks or so to beat the test, then you do have a problem.

AP: Do you think the percentage of players who smoke marijuana goes up or down during the season? Or does it remain the same?

CK: I think it pretty much stays the same.

The thing with football is that a lot of the abuse that your body takes is magnified during the season, but it doesn’t just go away during the offseason.

It’s still there. You’ll still have the joint pain, and bruising, and all the associated things that come along with it.

AP: When you see players getting suspended for 4 or 8 games (or even a full season) for smoking marijuana, does it bother you when the NFL is handing out smaller punishments for domestic violence or DWI’s and then promoting beer companies during almost every commercial break during their games?

CK: Yeah, I’d say it speaks to, sort of, an inherent democracy within the current rules and regulations in the NFL.

You used to be able to get by with a one-game suspension if you were involved a domestic violence incident. Thankfully, they finally started taking that more seriously.

But trying to equate a DUI, where you’re legit risking other people’s live including your own, or domestic violence, where you can negatively impact someone’s life, versus someone using (smoking marijuana) to deal with pain relief, I don’t think those are even remotely any way similar.

AP: Recently, Baltimore Ravens’ offensive lineman Eugene Monroe was released by the Baltimore Ravens shortly after he donated $80,000 of his own money to multiple universities to fund cannabis research relating to football players. How much of a part did his support for cannabis play in his release from the Ravens and the fact that he recently retired from the league?

CK: I think it played a big part in it. It’s one of those things where the NFL has kind of this crude, morality scripture going on where you can’t be involved in certain causes or actions because they fear it’s going to make the league look bad.

For example, (San Francisco 49ers quarterback) Colin Kaepernick with his current protest. Me when I spoke on same-sex rights. Eugene Monroe’s making people aware of that there should be science being done on cannabis and stuff like that.

For whatever reason, the league doesn’t want players talking about the kind of stuff, which is unfortunate because these are all issues that society itself should be addressing.

AP: Why is the NFL so hesitant to support something such as cannabis to treat its players since they’ve been placing such a huge emphasis on concussion prevention recently?

CK: I can understand why the NFL won’t come out and say they support players using cannabis right now because it’s still illegal under federal guidelines. It’s still a classified Schedule I substance.

That’s something, for legal reasons, they don’t want to get involved in. But the thing is that it’s rapidly moving toward legalization, so they should be ready to take those steps once it does become legal.

At the end of the day it’s helping them promote your product better because people want to see players out on the field.

AP: You mentioned Kaepernick earlier and based on your personal twitter timeline, you obviously know all about the situation with him not standing during the National Anthem this preseason. While his intentions are admirable, is he going about it the right way? Would it be interpreted better if he were to make a statement outside of the stadium?

“I have no problem with what he’s doing because I think that is a legit issue and I do think people need to talk about it. I think too many people get worked up about, “oh, we’re going to shoot the messenger,” and not actually look at the message that’s being conveyed. As a society, I think we need to work on fixing that.”

AP: Why do people complain about athletes not using their platform enough to speak out on certain social issues, but then when they actually do, they immediately jump down their throat?

The challenge arises in determining if the issue they’re speaking out on is something that society legitimately needs to address.

That’s the choice that we all make as citizens whenever we promote one political view over another.

AP: Lastly, do you plan on making any trips to U.S. Bank Stadium this year?

CK: I don’t know. My wife and I were talking about taking our kids in the winter sometime because they want to see snow. So it depends on when we get there and what’s going on.