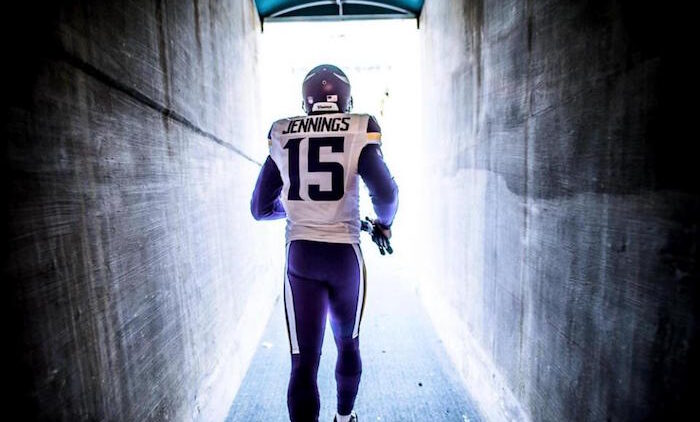 Veteran wide receiver Greg Jennings decided to set aside any hopes of a return to the NFL in 2016 and instead, announced his retirement today from the league. Rather than the normal, boring way most players retire by sending out a press release to the media, Jennings made his announcement via YouTube.

In the short video, he describes how he came to the decision to retire from football but also includes that at this point in his life he is, “just getting started.”

Jennings, who will turn 33 in September, spent his 10-year career in the NFL with the Green Bay Packers, Minnesota Vikings, and Miami Dolphins. His 425 catches during his seven years spent with the Packers ranks seventh on Green Bay’s all-time reception list.

In 2013, he signed with the Vikings in hopes of becoming the team’s top receiving threat for the next few years. He was able to produce at the position, but not to the abilities that both he, and Minnesota had hoped for when they brought him in.

Perhaps the instability at the quarterback position is what truly hindered Jennings from having any chance of fully blossoming with the Vikings? While in Minnesota, he caught passes from Christian Ponder, Matt Cassel, Josh Freeman, and Teddy Bridgewater.

After two seasons with the Vikings, the team decided to move on and eventually released Jennings during after the 2014 season. The move came after Minnesota had just acquired wide receiver Mike Wallace in a trade with the Dolphins.

Jennings would later sign with Miami before the start of the 2015 season and spent, what is now known as, his last year in the NFL with the Dolphins. Miami released Jennings at the end of last season, making him a free-agent once again.

He did express some interest in returning to the Vikings this past offseason, but the team never showed any signs of wanting to bring him back.