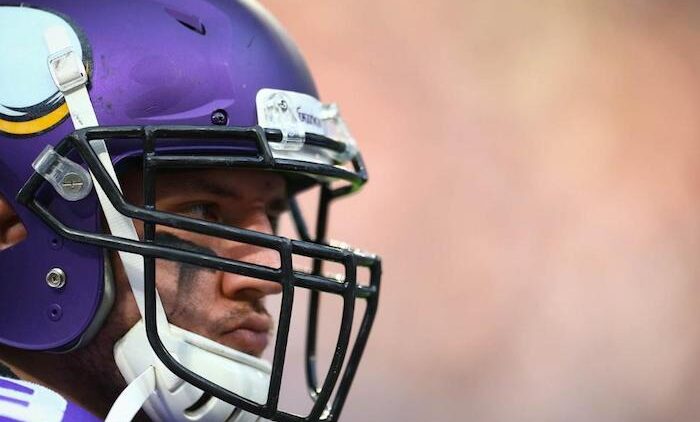 When asked if his team did anything well on Sunday against the Indianapolis Colts, Minnesota Vikings head coach Mike Zimmer gave a response that left nothing to the imagination.

Zimmer’s comments summed up the Vikings’ performance during their embarrassing 34-6 loss to the Colts in front of a disappointed home crowd at U.S. Bank Stadium. Believe it or not, Minnesota’s final 28-point deficit on Sunday is only their third worst loss since Zimmer was hired in 2014.

From the very start of the game, nothing seemed to go right for the Vikings. The Colts scored on five of their six offensive drives Sunday and Minnesota walked back the locker room after the first half to a chorus of boos from their crestfallen fan base.

The Vikings avalanche of awfulness seemed to really pick up steam on Indianapolis’ second offensive drive of the day. After a ridiculously, uncharacteristic Linval Joseph penalty (still baffled it actually happened) on a Colts field goal try, Indianapolis was able to get in the end zone and increase their lead to 10 points instead of just six.

Two drives later, Minnesota let Indianapolis drive 92-yards down the field for another touchdown and the Vikings found themselves down 17 points with seven minutes still remaining in the first half.

As if the fans at the stadium did not have enough reason to remain in the beer line on Sunday, a fumble and an interception by Minnesota on their final two drives in the second quarter led to the Colts scoring 10 more points and increasing their lead to 27 heading into the half.

In the final two quarters Sunday, not much really changed. But the Vikings did hold Indianapolis to just one touchdown in the second half and Minnesota did avoid a shutout thanks to two Kai Forbath field goals (yay?).

Not sure what happened, but the team that took the field against the Colts did not resemble the Vikings squad that has fought tooth and nail all year to keep their team in the NFC playoff race.

Their postseason chances are not completely gone, but Minnesota absolutely has to win their final two games for the playoffs to become more than just a daydream.

As for Zimmer, he revealed what he will be looking for from his team during the next two weeks.

“I want to find out who’s going to fight because that wasn’t a fighting performance. If they’re not going to fight, they’re going to get their butt out,” the coach said on Sunday after the Vikings’ loss.