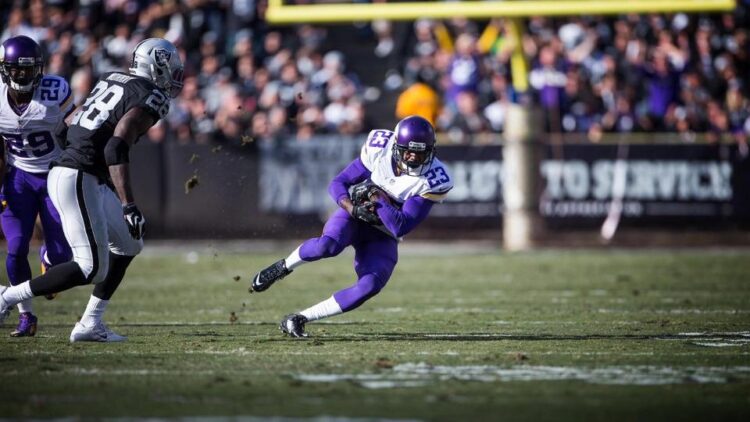 Chris Tomasson of the Pioneer Press is reporting a source close to Terence Newman said the 37-year-old cornerback wants to return for another season with the Vikings.

Newman signed a one-year, $2.25 million contract before last season, and will become an unrestricted free agent on March 9. Up to this point, he has declined to say if he will retire or return for another year. If he does play in 2016, he will be the oldest defensive player in the NFL.

It’s likely the Vikings would welcome Newman back with open arms. He’s a Mike Zimmer favorite, and while he isn’t the same player he once was physically, Newman played well as a starter in 2015 and provided critical veteran leadership at corner. Ideally, he would step into a smaller role next season—similar to what we’ve seen with Chad Greenway—while Trae Waynes or another player assumes the starting job and Newman is relied on for depth and versatility.

A common quick-fix idea among fans is to have Newman finish his career at safety. This would solve the pesky strong safety problem the Vikings have had for years, adding stability to the position (in the short-term, at least) and stopping the revolving door next to Harrison Smith. He did start one game at safety last season because of injuries, but management has been hesitant to sign off on the idea wholeheartedly. Last year, both Zimmer and Rick Spielman said they still think Newman is a corner. Newman, for his part, sounds open to it.

“All options are in play in the future,” he told ESPN’s Ben Goessling in December. “I think I can still play corner. I can play safety. I’ll do whatever the team asks me to do. I like playing football. My biggest thing is trying to stay in the door. That’s the first and foremost.”

It sounds like that door is opening a littler wider, and it’s Newman’s choice if he wants to walk through it.