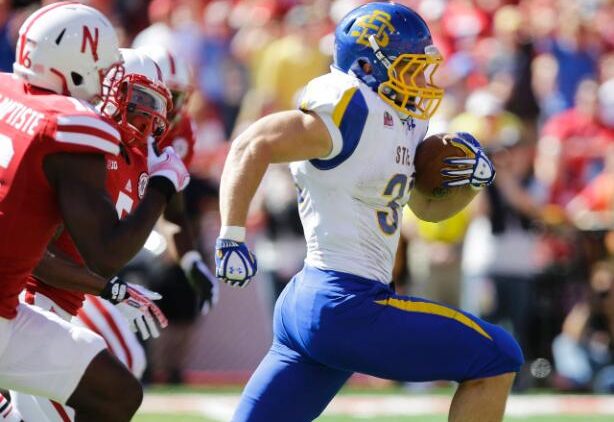 Divisional game matchups always seem to have a special feel. The stakes are inherently higher, familiarity with the opposition breeds competitive matchups and bragging rights are always in play regardless of NFL standing.

When control of the NFC North and the inside track to win a division championship are at stake, however, the stakes are raised to an unprecedented level and every snap is treated with the utmost importance. If the opportunity to take a hard step toward being a part of the first division crown in team history wasn’t already enough, consider what it would feel like to not only sweep your hometown team as a member of a rival organization but send them into a state of desperation with regard to their chances of reaching the postseason.

This is the opportunity running back Zach Zenner will try to make the most of when his Detroit Lions host the Minnesota Vikings at Ford Field on Thanksgiving.

“It’s awesome,” Zenner said of how it felt to leave U.S. Bank Stadium with a victory in Week 9. “They are a division opponent, and on top of that, they were leading the NFC North. To go in and win at their place, without them even getting the ball in overtime, it was a really good feeling.”

Zenner, a native of Minnesota and former Eagan Wildcat, is in the midst of his second season with the Lions after going undrafted out of South Dakota State. He has made three starts — two of which came this season against the Los Angeles Rams and Washington Redskins — and played in 14 games for Detroit despite missing the majority of his rookie campaign due to a collapsed lung.

“I was a healthy scratch to start the season,” Zenner said. “I was on the active roster, but I wasn’t dressing or playing. Couple short weeks later I was the starter for a week or two there, and now it’s back to special teams.

In two games as the Lions’ featured back, Zenner totaled 23 carries for 87 yards and a rushing touchdown, as well as a pair of receptions for 19 yards and a receiving touchdown. The return of running back Theo Riddick may have forced him back into primarily a special teams role, but the second-year running back continues to prepare as if he were starting.

“The rushing game is all hands on deck every week,” the former Eagan standout said. “As far as being in the backfield in an obvious role, it was a lot of fun. I look forward to another opportunity, but the team needs me to perform at a high level on special teams right now, and that’s exactly what I plan on doing.”

This week, however, is slightly different, as both Minnesota and Detroit have had limited time to prepare due to the game being played on Thursday afternoon.

“It’s a really unique week of preparation with the amount of time we have to prepare,” Zenner said. “I realize we’re playing tomorrow, but it feels like it came up quickly, just in comparison to what we are used to. We know this team, and it feels like we just played [the Vikings], and I’m sure they probably feel similarly.

“Preparation is shorter, but you know the team better than you would a non-divisional opponent.”

It was only two short weeks ago that Golden Tate and the Lions dealt Minnesota its third consecutive loss with a 22-16 overtime victory, and given the dramatic flare of the matchup, both teams carry the benefit of a fresh sense of what they will be up against. This does not make the offensive matchup any easier for Zenner’s Lions, however.

Xavier Rhodes and the Vikings are coming off a 30-24 victory at home against the Arizona Cardinals and appear to have found some semblance of the mojo that had forsaken them for well over a month’s time. More importantly, as it relates to Detroit’s offense, Minnesota’s defense showed signs of its early-season form and enters Thursday’s game primed to reclaim its role as the league’s premier defensive unit.

“Not only are they talented, they are smart too,” Zenner said of the Vikings defense. “They know their scheme and their assignments. You don’t catch them making mistakes very often.

“They are very disciplined and extremely well-coached.”

Despite matching up against Football Outsiders‘ sixth-best defense and a unit that is holding opponents to a second-best 17.6 points per game as well as a third-best 306.9 yards per game, Zenner and Co. remain confident.

The Lions are certainly aware of what is at stake and know how much a win would increase their chances of reaching the postseason, but, as a team, Detroit remains focused on taking everything just one week at time.

“[Winning this game] would mean a lot,” Zenner said. “Any game against a divisional opponent when you can distance yourself what essentially would be two games is definitely huge. It’s especially big because the Vikings are a very good team this year.

“But, we’re keeping our eyes on each week and not looking too far ahead.”

A division winner will not officially be determined by the outcome of this Holiday special, but one of the Vikings or Zenner’s Lions will take a firm step toward an NFC North championship on Thursday afternoon.

Whether this particular matchup ultimately proves to be the defining moment in the NFC North division race remains to be seen, but there is absolutely no denying the game’s magnitude and the personal significance a win would have for the Lions running back who was raised to cheer on the purple and gold.

Detroit (6-4) enters Thursday’s matchup with Minnesota (6-4) as the NFC North leader by way of tiebreaker, but things haven’t always been well and dandy in the motor city. Following a 1-3 start, the job security of Lions coach Jim Caldwell was very much in doubt. As far as Zenner is concerned, however, Detroit’s head coach has always been the perfect man to lead the Lions to their first division championship in team history.

“In my opinion, he is a great leader of men,” he said. “As far as his job being on the line, I know for a fact that he enjoys that. He loves a challenge; that’s just the kind of guy he is. He understands the nature of the business, every spot is earned, and he thrives on that.

“He always will remind us to stay the course, regardless of what is being said, keep working hard, keep preparing hard and not to worry.”