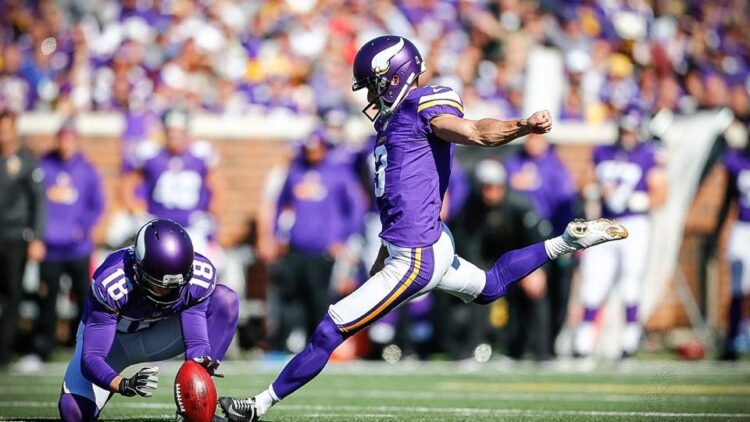 Blair Walsh connected on all three field goals attempts and an extra point as the Vikings took care of business at TCF Bank Stadium with a 16-10 victory over the Kansas City Chiefs. The Chiefs’ defense held Adrian Peterson to 60 yards rushing on 26 carries and intercepted Teddy Bridgewater twice to keep the game close despite a good defensive performance by the Vikings.

Danielle Hunter, making his first NFL start, stripped the ball from Chief’s running back Charcandrick West with 4:38 to play in the game helping the Vikings hold off Kanas City’s second half comeback effort. Everson Griffen was inactive due to an illness and Hunter stepped in and played a solid game collecting 4 total tackles, .5 sacks, and a forced fumble.

Eric Kendricks led the Vikings defense with 10 tackles and a sack as the Vikings shut-out the penalty-prone Chiefs offense for the first three-quarters of play. On a day when Teddy Bridgewater was an erratic 17 of 31 for 249 yards, a touchdown and two interceptions, the defense did enough to capture the win over the fading 1-5 Chiefs.

The Vikings only touchdown came in the second quarter on a third-and-goal from the 4-yard line when Bridgewater took a shot-gun snap and hit Kyle Rudolph on a slant in the back of the end zone to give the Vikings a 10-0 advantage with 4:43 remaining in the first half.

The Vikings (3-2) found a rare win coming off a bye week while also establishing something special in rookie wide receiver Stefon Diggs. Diggs finished the game with seven catches for 129 yards to bring his two game total to 13 receptions for 216 yards. Expect him to have a regular roll in the offense moving forward and don’t be surprised if he gives the return game a shot-in-the-arm at some point before the season ends.