End of the Year Awards : Part I 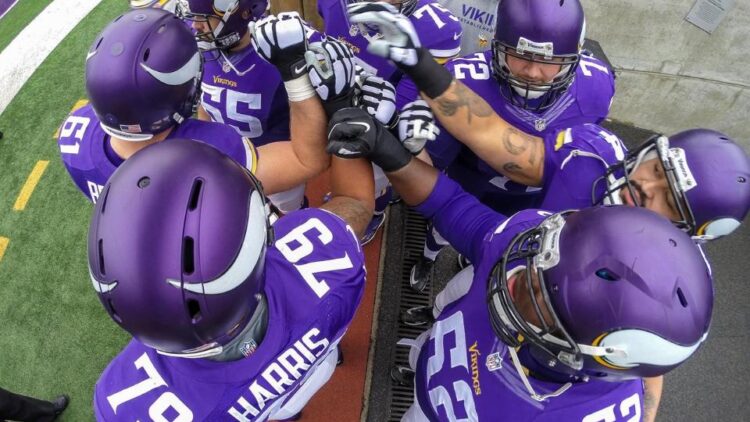 Somehow, the 2014 season is long over and we’ve already watched the wildcard playoff games come and go. Aside from the Detroit vs. Dallas game, the playoffs have kind of been a bore this year. I had hoped Cincinnati would finally do something in the post season, but Andrew Luck’s awful (glorious?) beard overcome all.

Because there is very little news coming from Winter Park this time of the year, I wanted to hand out some end of the year ‘awards’ for the heck of it. This is the first part of a series where that leads up to naming the 2014 Vikings MVP.

It’s a little difficult to find an underrated player in the NFL. Every position and player is under such micro analysis, if there is a player consistently doing excellent things, there will be notoriety about it.

However, there are players who seemingly don’t get the credit they deserve. Although they are well known to the local die hard fan base, their high level of play is often lost on the national audience.

My choice for the most underrated player is center John Sullivan.

For what it is worth, Sullivan finished 2014 12th overall in profootballfocus.com grades of the position. What those grades fail to take into account, however, is that Sullivan was anchoring a really bad offensive line, which suffered injuries and incompetence all year.

I honestly can’t imagine what kind of productive offense we would have had without Sullivan in the mix and we’re lucky that wasn’t really a necessary thought for the team. Sullivan’s ability to stay somewhat healthy ensured he would start all 16 games in 2014.

Sullivan’s presence was also felt in the run game, where he graded out the best in 2014. Something that was absolutely needed with Matt Asiata and Jerick McKinnon getting the lion’s share of the carries this season.

Sullivan has never really gotten his fair share of credit for his role with the Vikings, not just this year, but through out his career. To date, Sullivan has been what I feel like is a perennial pro bowl snub, but surely my award as the Most Underrated Player is some consolation, no?

Rookie of the Year:

Was there any question here? Bridgewater’s emergence as the quarterback of the future was equally fun and impressive to watch.

There is little doubt that fellow rookie Anthony Barr had a tremendous impact on the team. However, after seemingly hitting the rookie wall and fighting through injuries, Barr was shut down and wasn’t able to put in a full 16 games.

Bridgewater’s role with the offense as quarterback is under the biggest microscope and he seemingly handled the spotlight with ease.  Bridgewater also found his success while playing with 2nd and 3rd string offensive lineman, tight ends and running backs. To say the situation was less than ideal would be a tremendous understatement.

Additionally, Bridgewater’s development was clearly evident and one of the reasons why I choose to give him the nod here. Bridgewater got better almost every week and really did lead the team to wins in impressive fashion.

A two time Rookie of the Week winner this past season, Bridgewater is a finalist for the NFL Rookie of the Year, where I’d like to think he has a solid chance at winning. The one thing going against him is that Bridgewater isn’t the flashiest player and his play can sometimes be over looked by the national audience. Where as Odell Beckham Jr. has twitter abuzz every time he touches the ball.

Because we all like the flashy stats, here are some of my favorite from Bridgewater’s rookie season.

Stay tuned for the new part of the series where I’ll look at the Most Improved Player and Play of the Year. I’m curious what you think, so leave your thoughts on possible nominations for the next two awards.