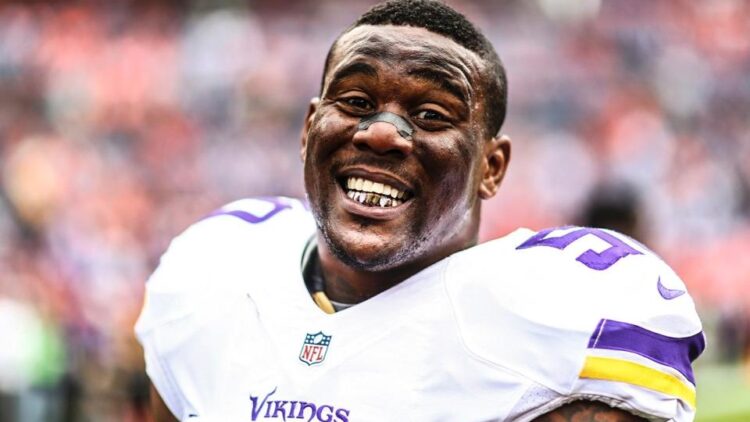 According to a report from the NFL Network’s Rand Getlin, the Minnesota Vikings have traded Gerald Hodges Jr. to the San Francisco 49ers. Shortly after Getlin broke the news, Adam Schefter shared details of the trade, which includes a 2016 sixth-round pick and center Nick Easton from the 49ers in exchange for Hodges.

The trade comes just days after the Vikings’ Week 4 loss to the Denver Broncos, a game in which Hodges did not start at middle linebacker. The 2013 fourth-round draft pick out of Penn State had started the first three weeks for the Vikings and recorded 19 tackles through four games, but saw less playing time as Mike Zimmer’s defense became more Nickel-heavy.

The #Vikings have acquired C Nick Easton and a 2016 6th-round pick from San Fran in exchange for LB Gerald Hodges. pic.twitter.com/4QgMIjGnZV

Hodges played just 26 snaps against the Broncos, while Anthony Barr and Eric Kendricks played the majority of the Vikings’ defensive snaps at linebacker. Throughout the season, the rookie second-round pick has replaced Hodges in the team’s Nickel defense and performed well enough to warrant the trade. General manager Rick Spielman, who spoke to the media after the announcement, expressed his comfort with the team’s linebacker depth moving forward.

“It’s because of how we feel about (second-round pick Eric) Kendricks. We felt we had a lot of depth at that position. We feel strongly about Audie Cole and what he can bring and how well he’s been playing, but the development of Kendricks and Edmond Robinson continues to come along and we still have (Brandon) Watts on our practice squad at that position,” Spielman said.

In return, Minnesota is receiving a player who Spielman says the Vikings were targeting late in this year’s draft. “This is a young center; we tried to sign him after the draft,” he said. “He played very well in the preseason. We monitored him when he was with the Ravens.” Easton, originally signed as an undrafted free agent by the Baltimore Ravens, was traded to the San Francisco 49ers late this offseason.

He joins a Minnesota Vikings offensive line that is without starting right tackle Phil Loadholt and starting center John Sullivan. While Loadholt will miss the entire season with a torn achilles, Sullivan is expected to return Week 9 after a full recovery from lumbar microdiscectomy surgery. Without their veterans — and arguably, their best linemen — the group has struggled, most recently giving up seven sacks to the Denver Broncos. Spielman, however, dismissed the notion that Sullivan will miss extended time.

[quote_center]”It’s just an opportunity to get another young player, to get in and take a look at him, and see what we have and what he can potentially develop into.”[/quote_center]

Easton, according to Ravens writer Sarah Ellison, was Pro Football Focus’s top-ranked center during the preseason, grading out at +9.1 overall. He has potential to become a very good player for the Vikings, but as of now, is nothing more than a backup behind Joe Berger and Zac Kerin.

In addition to Easton, the Vikings also received a sixth-round draft pick from the 49ers, which replaces the pick Spielman lost after trading for San Diego Chargers guard Jeremiah Sirles in September. “It’s an opportunity in my mind, we got our sixth-round pick back that we used to trade for (Jeremiah) Sirles and also add another young player to see what he’s about,” Spielman said.

The move gives the Vikings added depth on an already diminished offensive line and speaks volumes about the organization’s trust in their rookie linebacker, who could very well slide into the void in the middle of the defense.

What do you think of the trade? Were you as surprised as Chad Greenway? Share your thoughts in the comments below!