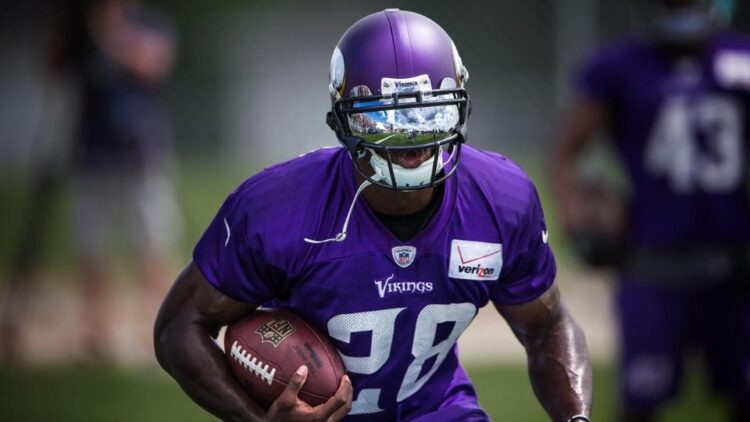 Tonight, I hop on a plane headed for the Twin Cities, and it’ll be my first trip to Minnesota in nearly 14 years. In that time, plenty has changed — I won’t be touring the Metrodome, visiting the Mall of America, or checking out my dad’s family home. Instead, I’ll be representing Vikings Territory at U.S. Bank Stadium and Vikings training camp as part of U.S. Bank’s Biggest Fan Sweepstakes.

On Wednesday, I’ll join 40 lucky Vikings fan for the opportunity of a lifetime. We’ll start the day at U.S. Bank Stadium, where we’ll take a hard hat tour of the Vikings’ new home before visiting the stadium preview center. Later in the day, we’ll take a bus up to Mankato and spend the afternoon with a sideline view of training camp practices.

In working with U.S. Bank and the Vikings Biggest Fan event, Vikings Territory will be able to bring you an inside look at the new stadium and some extra coverage from training camp in Mankato.

Here’s the fun part — we want everyone to experience this exciting day of activities.

To start, I’ll be conducting a scavenger hunt of sorts, taking the best photos and videos possible while asking unique questions to coaches, players, and tour guides. But, I need your help. The Vikings Territory staff has already started a list for the hunt, but we need more suggestions! Below, the running list:

A bird on U.S. Bank Stadium (Adam’s hoping for a bald eagle)

What photos and videos would you like to see on Wednesday? I’ll be updating this list with the best ideas, asking fans on social media, and sharing snaps with you along the way. This is a great opportunity to get a behind-the-scenes look at the Vikings organization from the comfort of your home and add your spin to Vikings Territory!

Share your suggestions in the comments section or reach out on Twitter and give me your best, most unique ideas! Check back Wednesday for the final list and follow along Wednesday for live updates.