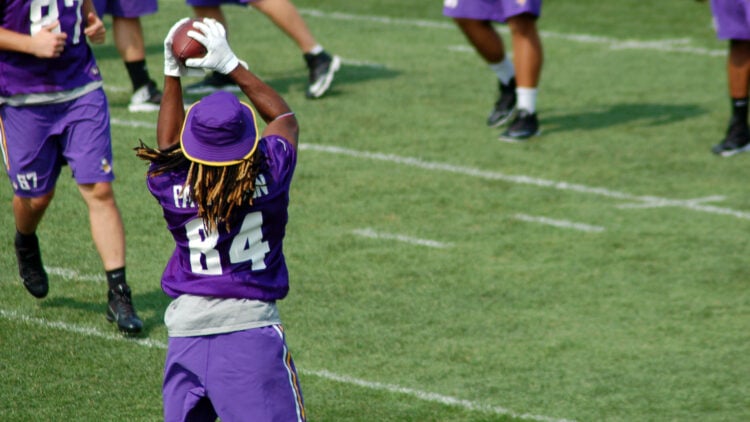 Mike Zimmer said he had a plan for Cordarrelle Patterson this offseason, and that plan included a mentor, and now the identity might be known.

Hill, a Patriots writer, is the first to present any concrete reporting on this front after a lot of speculation flew around about whom Zimmer had selected to get “Flash” up to speed. Of course, it should be clearly acknowledged that this is still a rumor, not a fact.

Brown is certainly a guy that makes sense when one tries to draw comparisons to Patterson. He was an incredibly versatile receiver and return man for the Patriots that had to claw his way to the top of the depth chart in the early years. Some might recall that Brown even had to play cornerback for the Patriots one season and played quite well, considering.

Brown retired in 2008, and some can argue that he was the greatest receiver New England has ever had. He is certainly one of the most loved by fans and respected by teammates. This seems like a great chance for Patterson to take his NFL career in the right direction by learning under the wing of one of the best.

At the very least, Brown can show off those three Super Bowl rings as a source of motivation.