VT Question of the Week: Which Position Battle are You Seeing the Most Progression at During Training Camp? 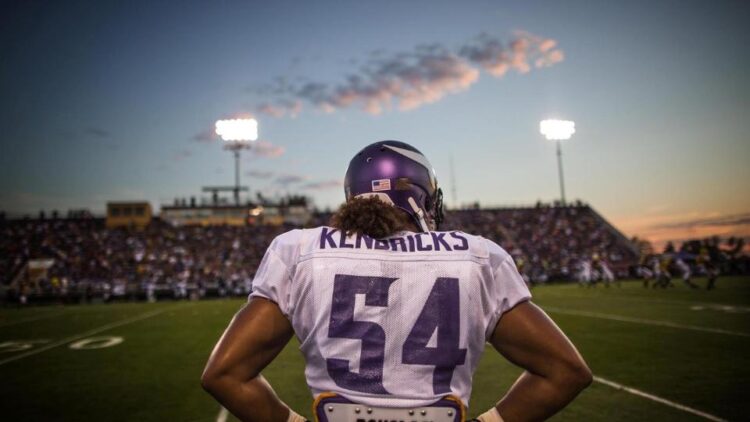 Carl: Wide Receiver
Specifically, Stefon Diggs pushing for slot and punt-return duties. The Vikings are deep at the receiver position, which means there is plenty of competition in a crowded group of pass catchers. Fifth-round pick Diggs has put together a solid camp and is poised to unseat fellow receiver Jarius Wright and punt returner Marcus Sherels for future playing time.

Mike Wallace hasn’t ran more than 100 routes out of the slot in a single season in his career, so with the release of Greg Jennings (who saw plenty of action from the slot last season), it’s likely Diggs, Wright and Adam Thielen who will continue a great battle for coveted slot position reps.

Diggs turned in one of his best performances under the lights on Saturday night at Blakeslee Stadium catching two touchdown passes. The Vikings have also given Diggs some work as a kick and punt returner in camp, after he posted impressive numbers as a return man at Maryland.

Mike Priefer has said Diggs is catching punts better now than he did in college and looks forward to giving him more opportunities as a returner.

Diggs is explosive and can get up field in a hurry once he touches the football. He is a lightning-in-the-bottle type of playmaker who could conceivably take a pre-season punt to the house and turn the pressure up on Vikings’ all-time leading punt returner, Marcus Sherels.

Arif: Linebacker, Safety and Guard
I’ll restrict my answer to what I see as the three main battles of camp: LB, S, and G. I’m happiest with the way the linebacker corps looks, but I think we’ve seen the most progress with the guard group. I think that no matter what happens, the Vikings will leave camp with a functional player at right guard, which was not the opinion I had leaving camp. While my favorite for the spot, Joe Berger, has looked somewhat disappointing, Mike Harris—the current starter—has looked better than I thought. Tyrus Thompson has disappointed in a few of the last few days, but I think he’s still having a strong camp overall. The backup G spots will be distributed between Berger, Thompson, Shepherd (maybe) and one of the center/guard candidates (like Zac Kerin) if not Harris. I think that’s a good backup situation at guard. Given how much trouble established players like John Sullivan and Brandon Fusco are having with Sharrif Floyd and Linval Joseph, I can be happy with how Harris is doing with the same crew.

Brent: Linebacker
I’ve been impressed the most by the development of our depth at linebacker. I can’t remember a time where I saw five different linebackers get time with the first team this often in training camp. Sure, you can say this might add some skepticism to the position group, not knowing who your starter will be. I view it as a positive, however, as we’re getting a great look at the depth and talent the Vikings have managed to stockpile. Not only are we deep, but we have differing skills that should give the defense the ability to put players in a position to succeed, leveraging most of their value. Because the league rarely commands you play a base defense anymore, I suspect we’ll see plenty of players get an opportunity to make an impact. Going into camp, I believed this was a position battle, but now I view it more of a unified unit that can rely on each other to make the team better.

Lindsey: Offensive Line
Okay, I’m cheating a little bit because I’m picking a whole unit rather than a specific position. But there has been some indecision both at guard and at tackle heading into camp, and I’m fairly happy with what I’ve seen so far (except for Matt Kalil, but that’s a story for another day…).

I definitely think Brandon Fusco will be a good solution at left guard this season, and I’m glad to have him back after injury. I am not 100 percent sold on Mike Harris at right guard, but so far he seems to be doing a good enough job to stay there for now. I’m actually maybe higher on Tyrus Thompson (currently penciled in at backup RG) than most, but I really am impressed with his overall camp performance. In my opinion, Thompson is playing much better than expected and better than a sixth-round pick.

At right tackle, I think Phil Loadholt will still do the job for us, but I’m also excited about the potential in T.J. Clemmings. On top of everything, Joe Berger has the ability to back up basically any of these positions, and it’s great to have such a reliable veteran on the roster for just that purpose.

Andy: Linebacker
Coming into the draft, I felt that linebacker was the thinnest position group on the team. Anthony Barr was obviously a stud before he got hurt, but Chad Greenway was winding down his career and guys like Audie Cole, Gerald Hodges, and #VikingsTwitter’s favorite son Mike Mauti hadn’t panned out as hoped. But then Rick Spielman landed phenom Eric Kendricks in the second round, Greenway isn’t dead yet, and so far in camp Audie and Hodges have shown flashes of starting potential running with the ones. What was once a “Barr and everyone else” position has now become the most intriguing group to me. I’m intrigued to see what they can do in Year 2 of The Zimmer. Especially if Kendricks is ahead of schedule and starts Week 1.