VT Question of the Week: Which NFL Team is “Winning” the Offseason? 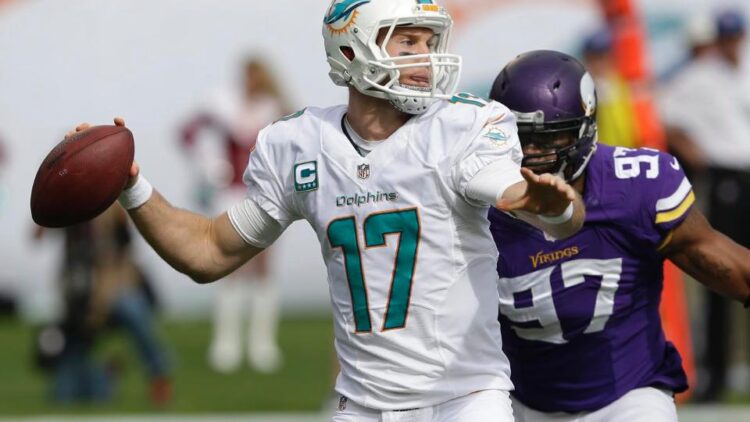 This week, we decided to go with a more league-wide, open-ended question. All the VT writers had a fun time with this one, and we hope you do too! Please share your own thoughts in the comments and take our poll!

Adam: Seattle Seahawks
Two seasons ago the Seahawks won the Super Bowl. Last season they came insanely close. Having the ultra-cheap franchise quarterback for one more offseason certainly won’t hurt their odds of making another championship run. Beast Mode is back, and perhaps no team added a more talented player this offseason than Seattle got in Jimmy Graham. Their Draft wasn’t perfect by personal estimations, but they invested in their offensive line and I think Towson corner Tye Smith could establish himself in the Legion of Boom.

Their offseason was pretty good, but why I think they are the biggest “winner” for 2015 has to do with their biggest nemesis completely imploding. San Francisco’s offseason looks like it was written by George R. R. Martin, and Seattle seemingly has a much easier path to the NFC West throne as a result.

Brent: Miami Dolphins
There a couple of teams who jump to mind with the Vikings, Dolphins and Bills having great offseasons in my opinion. Ultimately, I think the Dolphins have had the best. They signed Ryan Tannehill and Maurkice Pouncey to contract extensions, ensuring some consistency with a young team. They also signed one of the better defenders in the game in Ndamukong Suh in free agency and added promising young receiver Kenny Stills. Within the draft, the Fins added DeVante Parker and Jordan Phillips in the first two rounds and running back Jay Ajayi late. The Dolphins were on the cusp last year, and I think their strong offseason positioned them well for the long term.

Carl: Saint Louis Rams
I really like what the St. Louis Rams did this offseason. The trade for Nick Foles, 14-4 as a starter in the NFL, gives the Rams hope at the quarterback position. After two season-ending injuries for Bradford in back-to-back years, the Rams finally have a new face under center.

The Rams don’t need Foles to regain his Pro Bowl form; they just need him to manage games and stay on the field. Drafting running back Todd Gurley with the 10th pick in the 2015 NFL draft should go a long way in helping insure Foles continues his winning ways for years to come. Head Coach Jeff Fisher knows how to get the most out of a solid running game, and I look for the Rams to pound the ball a lot this season. To help pave the way for a dominate running game, the Rams drafted massive offensive tackle Rob Havenstein in the second round. The All-American road-grader from Wisconsin should be an immediate upgrade on the right side of the offensive line.

It’s not totally about the run game. The Rams re-signed No. 1 wide out Kenny Britt keeping an arial attack that includes playmakers Tavon Austin, Brian Quick, Chris Givens and Stedman Bailey. Foles will have enough weapons and young skill players around him to be very dangerous. If the Rams can stay healthy, they are a team that can surprise people in 2015.

On the defensive side of the ball, the Rams added free agent DT Nick Fairley. Fairley certainly has had his ups and downs, but there’s no denying his remarkable talent. Free agent linebacker Akeem Ayers was brought in as the No. 3 linebacker behind James Laurinaitis and Alec Ogletree to help make an already-good run defensive even better.

The Week 9 match-up between the Vikings and the Rams should be a dandy. Both teams boast solid offseason grades and real “upstart” playoff aspirations.

Lindsey: Miami Dolphins
Can I just pick who’s losing the offseason (ahem…San Francisco), instead? No? Okay. It’s a tough decision because I think there have been a number of teams with quality offseason moves, including the Vikings, and I also think the Bills are building a dangerous squad.

However, I think I have to go with Miami here. The Dolphins’ QB situation isn’t great, but I do believe Ryan Tannehill has the talent if he’s surrounded by enough support on offense, namely with receivers. Signing Tannehill to an extension was a smart move on the Dolphin’s part. Miami added veteran presence Greg Jennings, who will be an asset both in the locker room and in a supporting role on the field. The team also came away with WR Devante Parker. Even with the current injury concerns, Parker poses a serious threat offensively and promises to be a key part of the Dolphins starting roster moving forward. Finally, the most recent offseason move, signing CJ Mosley, increases an already-strong defense. Nicely done, Miami.

Andy: Buffalo Bills
The Bills are staying in Buffalo, have a new owner, and it feels like a new day by the bay (lake). They already had the fourth-best scoring defense in the league in 2014 and arguably the best front seven in football. Throw in mercurial defensive genius Rex Ryan and baby, you got a stew goin’. They retained resurgent free agent edge rusher Jerry Hughes, plucked restricted free agent tight end/fullback Charles Clay from divisional rival Miami, and traded for the electric (but mouthy) LeSean McCoy, the amazing (but injury prone & perennial pain in the butt) Percy Harvin, and Matt Cassel. Who is also a person. Plus even without a first- and fourth-round pick due to last year’s Sammy Watkins deal, they added some solid depth in the draft. Most notably a trio of Seminoles in CB Ronald Darby, RB Karlos Williams, and TE Nick O’Leary. (Also did you know Nick O’Leary was Jack Nicklaus’ grandson? Has that been pointed out?) If Buffalo can get any semblance of acceptable quarterback play this season, they will be a force in a suddenly very interesting and competitive AFC East.

Ben Goessling, ESPN: Seattle Seahawks and Indianapolis Colts
There are a few different directions to go with this. The New York Jets brought back Darrelle Revis and landed Leonard Williams in the draft, the Miami Dolphins signed Ndamukong Suh and picked DeVante Parker, and the Philadelphia Eagles made some splashes with the trades for Kiko Alonso and Sam Bradford, in addition to signing DeMarco Murray.

But I’m always cautious about equating “boldest” with “most successful” in the offseason—last year’s winner, after all, would have been Tampa Bay. You could make a case for the Green Bay Packers, after they kept Randall Cobb and Brian Bulaga (though I still don’t know about that defense), or the Seattle Seahawks, solely because of the Jimmy Graham trade. There’s even an argument for the Vikings, who helped themselves in the draft, got Adrian Peterson back and effectively swapped out Greg Jennings for Mike Wallace, who will fit their scheme better than Jennings did.

To me, if you’re a contending team that was able to make a couple key moves without losing much, you’ve put yourself in a good spot. So give me Seattle and Indianapolis, which bolstered its defensive line with Kendall Langford and Trent Cole and got a few weapons for Andrew Luck (Frank Gore, Andre Johnson and Phillip Dorsett).