VT Question of the Week: Which Current Player Would You Add to the Vikings Roster? 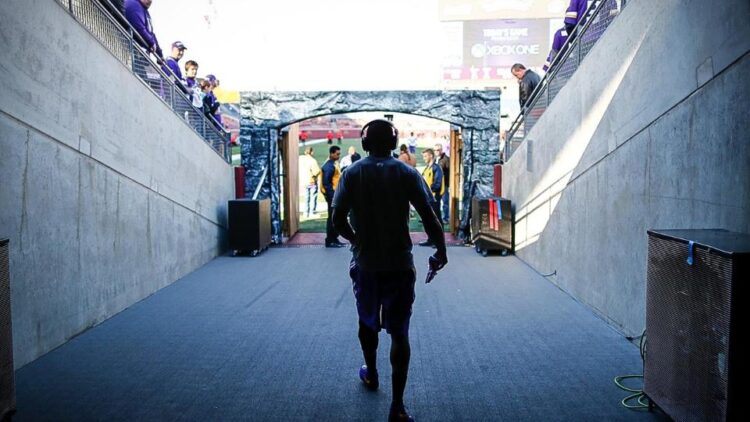 Adam: Zack Martin, G
Obviously, a number of quarterbacks have to be in consideration here, including one in particular that would hurt our worst enemy as much as it would help this team. But I know that isn’t in the spirit of this question, and I really do have faith that Teddy Bridgewater is a guy capable of leading us to the promised land. I’m also tempted to add a dominant game-changer like DeAndre Hopkins, Devonta Freeman or Rob Gronkowski… but will refrain.

Instead, I’m going to add a bullying young guard to help this offensive line get things rolling in the right direction. 24-year-old Zack Martin, upon being drafted by Dallas 16th in 2014, has played a huge part in transforming the Cowboys offense in a hugely positive way (until all the injuries, anyways). He’s playing as good of football as any guard in the league right now and certainly appears to be a guy capable of playing at a Pro Bowl level for a decade or so. Mike Zimmer’s defense is only getting better, but our offense can’t consistently put full drives together unless it experiences some major growth and improvement along the offensive line… Martin would instantly make them better by a lot.

Andy: Dez Bryant, WR
I know I’m supposed to say JJ Watt or Jason Peters or Earl Thomas… But I’m gonna go with Dez Bryant for two reasons: 1) When healthy, he’s a top-3 wide receiver in the NFL (flip a three-sided coin to pick between him, Julio Jones and Antonio Brown), and 2) Bryant is the ultimate competitor who dies when his team loses and would play the game with the same passion if he was getting paid $10 and a Potbelly’s Sub a day. Dez caught 16 touchdowns last season (including one from Brandon Weeden starting for an injured Tony Romo in a 28-17 loss to the Cardinals) while the entire Vikings wide receiver corps only brought in 12. The Vikings offense could use some of that fire (counterpart to Everson on defense), and I think Teddy has the personality and skill to keep Dez under control and happy getting the ball. Plus, could you imagine The Dez and Diggs Show? Yow.

In addition, there’s always a chance he could do something stupid off the field, so he’ll fit in nicely with the Vikings. Like a better Koren Robinson (who was NOT on The Loveboat, by the way).

Brian: Aaron Rodgers, QB
This might not be what Vikings’ fans want to hear, but if there is one player in the NFL to put on the current Minnesota team, it’s Green Bay quarterback Aaron Rodgers. This is no knock on Bridgewater, who is steady now and has a chance to be good in the future. But if you’re adding one player to a team, why not make it the best player at the most important position. Sure, you could add an elite offensive lineman or receiver, or maybe a Darrelle Revis to pair with Xavier Rhodes, or a safety next to Harrison Smith. But no addition would have the impact of adding Rodgers. Rodgers’ mobility and awareness would aid the offensive line. He makes his receivers better; just look at James Jones, who flamed out in Oakland and New York and is back to being a difference-maker. Rodgers would make the biggest difference, even with the promise Teddy holds.

Carl: Keenan Allen, WR
I was pretty giddy after the Vikings walked away with three picks in the first round of the 2013 NFL Draft. Sharrif Floyd was taken with pick No. 23, Xavier Rhodes came off the board with the 25th pick, and the Vikings traded up to get Cordarrelle Patterson with pick No. 29. Yes, they say hindsight is 20-20… and I can see “it” crystal clear now.

Keenan Allen expected Minnesota to be his destiny after his agent told him the Vikings had “guaranteed” they would select him in the first round prior to the 2013 draft. The Vikings could’a, would’a, should’a just selected Allen in the second round. It appears all 32 teams mis-valued Allen on draft day, as he fell to the Chargers with the 76th overall pick midway through the third round.

Allen’s 53 receptions for 601 yards this season is almost as much production as all six of the Vikings wide receivers combined (58/759). Allen, at just 23 years old, has proven to be the best of the 2013 class of pass catchers, and is making his case as one of the best receivers in the NFL. I realize I can pick any player in the NFL, but without being greedy, all I want is a glimpse of what could have been.

Lindsey: Zack Martin, G
My first answer for this question was going to be second-year strong safety Deone Bucannon, because I think that position really needs to be addressed on the Vikings roster and I’d like to see a second threat alongside Harrison Smith. That being said, however, Minnesota’s offense needs much more improvement than the defense, and currently it has to start with the offensive line.

At only 24 years old, Martin would instantly improve the line and protection of Teddy Bridgewater. He’s an excellent blocker, and he has all the makings of a Pro Bowl lineman. While Bridgewater’s lack of finesse is certainly frustrating at this point, supplying him with a reliable guard like Martin could make a ton of difference.

Austin: Le’Veon Bell, RB
In just his third season, Bell is showing more vision, pass-catching ability, and nifty footwork than Peterson is as a nine-year veteran. Don’t get me wrong, I love Peterson and think he’s one of the all-time greats, but watching Bell is a treat. Imagine him in Norv Turner’s offense, a pass-catching threat who can line up anywhere on the field and thrive. Last year, he caught 83 (83!) balls in Pittsburgh and ran for 1,361 yards, proving his worth as an every-down back for the Steelers. Bell doesn’t need to come off the field on third downs because he’s an excellent route runner and receiver. On first and second down, he’s the perfect combination of every great running back’s best attributes — elusiveness, power, speed, vision, footwork and burst. Replace Peterson with Bell, and watch this offense soar. He’s the league’s next — if not already — great running back.

Brett: Rob Gronkowski, TE
As much as I like Kyle Rudolph, it’s pretty clear that things aren’t really panning out as expected this season. Despite receiving one of the biggest contracts for tight ends in the league, Rudolph has not met the expectations that come with the big cap hit. Rudolph has struggled in both pass and run blocking, been unable to make contested catches and seems to have a hard time finding the first down marker on critical third-down plays. Though I recognize the potential there and think if things click for Rudolph he could be a great player, the truth is it just hasn’t happened yet.

If the Vikings were able to add someone like Rob Gronkowski to the fold, it could be a game changer. Going back and watching some film of Teddy Bridgewater, I noticed that most of the Vikings passing game right now seems to consist of timing routes outside. The Vikings haven’t really shown that they can dominate the middle of the field on offense. Gronkowski could be that guy. There isn’t anyone better in the league at catching contested balls. There isn’t anyone better in the red zone, an area the Vikings have struggled in for quite some time. Gronkowski would be the special piece that could put the Vikings offense over the edge and truly make them unstoppable.