VT Question of the Week (Part II): What was the Biggest Positive from Monday’s Game? 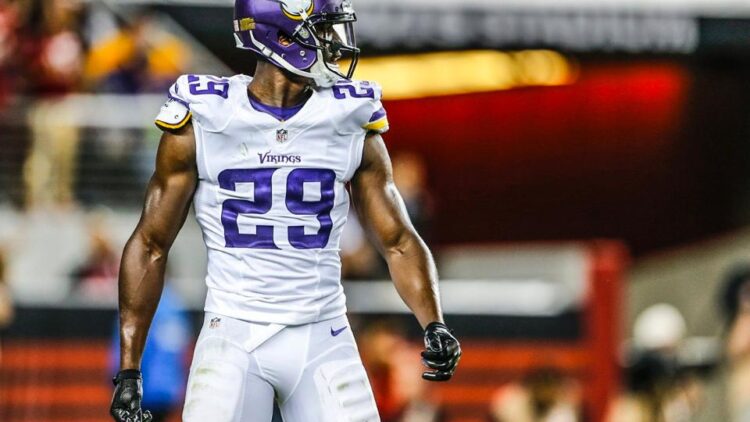 Earlier today, we discussed the biggest negatives from Monday’s loss to San Francisco in Part I of our QOTW segment. This time around, we’re weighing in on the silver linings we saw in Week 1. Feel free to take the poll and leave us comments with your own thoughts on the game!

Brent: Anthony Barr
I’d say the biggest positive was Anthony Barr, who led the defense with 12 total tackles, 10 of which were solo. Barr, who was limited the majority of the preseason, looked like the explosiveness from his rookie season was back in full.

Lindsey: Xavier Rhodes
As rough as the defense looked in general, I thought Xavier Rhodes had a great game. The CB looked strong against San Francisco, offering tight coverage and finishing the evening with seven tackles, all of them solo. Entering his third year in the NFL, Rhodes has big goals ahead of him, and I have no doubt he’ll have a solid 2015 season.

Andy: Special teams (non-kicking)
Most probably went Anthony Barr as the biggest positive, and he was close for me (just wait until he’s FULL speed), but I went with the non-kicking-related special teams. The blocked field goal by Andrew Sendejo and runback by Marcus Sherels stifled the Niners’ opening momentum, set the Vikings up at the SF 26 (although we didn’t get into the redzone and got zero points thanks to he who should not be named), and helped keep us in a game we have no place being in.

Add in that the coverage units were solid, save the second punt run-back by Bruce Ellington nullified by two penalties (still wondering why Zimmer re-kicked it), and Priefer’s boys were some of the only bright spots Monday morning/Tuesday evening. (Yes, Marcus Sherels getting popped on a punt return—but hung on—notwithstanding.)

Adam: No Injuries
If I’m the Vikings, there is literally nothing I would hang my hat on from a performance standpoint in regards to their Week One performance.

So, if I had one thing to pinpoint as “what went right” it would be that the Vikings appear to have come out of the game pretty much as healthy as when they went in. There were no major injuries (that I’m aware of at the time I’m writing this) and no major losses.

This means we can go at least one more week with hope that Monday’s version of the Vikings was simply a young team playing late at night, playing in another time zone, on the NFL’s biggest stage, and that better days are ahead.

Brett: Matt Kalil
Though it’s hard to take away any positives from Monday’s nightmare, I’m going to have to go with the performance of Matt Kalil. Kalil impressed throughout the preseason games he participated in and continued that trend into the regular season. For an offensive line that is in desperate need of solid play, it’s comforting to know that we once again may be able to rely on our left tackle.

Austin: Mike Wallace
The biggest positive…let me think. In all honesty, I was impressed by Mike Wallace. His game has always been predicated on his deep speed, and that showed up early in the game. He beat the 49ers’ coverage down the field and, if not for a missed pass interference call, would’ve hauled in a perfectly thrown Teddy Bridgewater bomb. Questions swirled about his attitude and demeanor, but all signs point to a leader, a player who’s willing to work hard, and a talent who wants to succeed in Minnesota. He led the Vikings with six catches and 63 yards on the night, making plays all over the field. Wallace was clearly Bridgewater’s go-to target and I wouldn’t be surprised to see Norv Turner take advantage of this moving forward. Unless, of course, he wants to put the ball in Adrian Peterson’s hands. Come on, Norv — feed Peterson!

Brian: Matt Kalil
Of course, picking a positive is a tough situation when there were so many breakdowns across the board. I thought Anthony Barr had a decent game in his return after missing the end of last season because of injury. He was certainly the most active and visible of the defenders. But I’ll go with Matt Kalil, who has been under so much scrutiny.

A return to his Pro Bowl form as a rookie would go a long way to helping Minnesota settle its offensive line. Kalil held up well as San Francisco brought plenty of pressure in the form of blitzes against the line and quarterback Teddy Bridgewater. Kalil didn’t allow a sack or a quarterback hit on Bridgewater, a strong step in the right direction as Kalil tries to shake off the mental and phsyical issues that have plagued him.

Quest of the Week

Chris Tomasson, Pioneer Press: Anthony Barr
The biggest positive was linebacker Anthony Barr’s showing. So much for speculation he was still working to get into the groove after missing time in spring drills and training camp. He was all over the place. Barr had 12 tackles, including 10 solo, on a night a microscope was needed to find Vikings’ bright spots.