VT Question of the Week: Heading into Week 4, Which Team’s Record Most Surprises You? 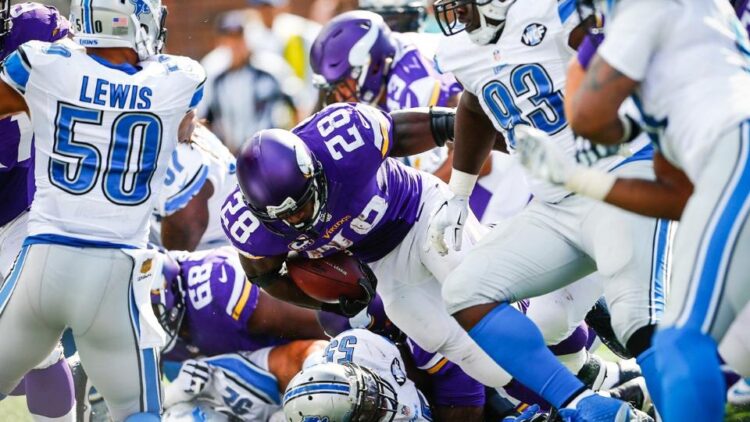 Adam: Seattle Seahawks (1-2)
After three weeks of regular season action, I can honestly say that there is not much about the current standings that significantly surprise me. Part of that response might simply be because I expect some anomalies in the beginning of the season, as teams figure out their own identities, and that very little about the NFL surprises me these days.

I will say, however, that I would not have guessed that the Seattle Seahawks would be sitting there with a losing record at this point. Losing to Green Bay and beating Chicago are not overly surprising, but St. Louis blindsiding them in Week One sets them back in a way I cannot claim to have foreseen.

Lindsey: New Orleans Saints (0-3)
I had a feeling the Saints would struggle this year, and it’s not like their 7-9 record in 2014 was overly impressive. However, I definitely did not expect them to start the season with triple losses. I expected Arizona to beat New Orleans in Week 2, but seeing Drew Brees and Co. get beat at home by the Buccaneers in Week 2 absolutely caught me off guard. The Panthers are showing themselves to be a contender, already off to a 3-0 start, but I have to say I was still surprised to see the Saints lose to Carolina most recently. Their next game is Sunday Night Football against Dallas, and even without Tony Romo, I think the Saints are looking at an 0-4 start for the first time since 2007.

Brent: Detroit Lions (0-3)
I’m most surprised by the Lions starting 0-3, likely 0-4 after going to Seattle in Week 4. After going 11-5 in 2014, the Lions lost Suh and Fairely, which we all realized would hurt that defense, but I don’t think I expected them to start this poorly. After getting off to a hot start in San Diego Week 1, the Lions gave up a 21-3 lead and things haven’t gone well since. Ranked No. 27 in total defense, the Lions have regressed terribly from a year ago.

Austin: Oakland Raiders (2-1)
Al Davis coined the phrase, “Just Win Baby,” and that’s all his beloved Oakland Raiders are doing in 2015. Thanks to the combined efforts of Derek Carr, Amari Cooper, and Latavius Murray — all under 25 years-old — on offense, the Raiders finally have an offense capable of winning them games when it counts: at the end of games. Look no further than their Week 2 victory over the Ravens, a game in which they came from behind and sealed the win with a last-minute Carr touchdown. On defense, Charles Woodson and Khalil Mack are the leaders of an impressive unit of players, and the Raiders suddenly look like they’ve turned the corner. Like the Vikings in Week 1, their season-opening loss appears to be an anomaly, and one could argue they’re trading places with their neighbors across the Bay.

Andy: Oakland Raiders (2-1)
Packers 3-0
How the Green Bay Box Packers can start 3-0 with subpar, average, and run-of-the-mill quarterback Aaron Rodgers (according to PFF) at the helm is beyond me.

Raiders 2-1
The Raiders have two wins through three weeks, not 17 weeks as we all expected. Despite having Bill Musgrave as offensive coordinator, Derek Carr has turned in back-to-back 300 yard, multi-touchdown, 100+ QB rating games in wins versus Baltimore and at Cleveland. The offense is showing life with Carr, Roman Consul Latavius Murray, rookie phenom Amari Cooper, and the carpet remnants of Michael Crabtree. I’m not ready to say the Silver and Black are back, but the Vikings Week 10 matchup at historic O.co Stadium suddenly doesn’t look like the easy road win it did when the schedules came out. Plus Oakland is at the Bears this week. So…. 3-1.

Andrew Renschen, Daily Norseman: Oakland Raiders (2-1)
There are a couple that stick out right away, for various reasons. The Ravens sit at 0-3 as their defense hasn’t shown it’s signature vigor, the run game is sputtering and they lack a deep threat while rookie Breshad Perriman mends. The Colts at 1-2 is a bit of surprise given the off-season additions of Frank Gore and Andre Johnson, but the latter has looked pretty cooked at this point in his career and Luck’s turnovers have been more detrimental this season than last so far.

They’re honorable mentions though, as I’ve been most surprised by the Raiders. At 2-1 they’re already one win from matching last year’s total. Khalil Mack is as beastly as we thought he was pre-Draft, Derek Carr has looked much improved from his rookie venture, improving his deep ball accuracy as well as third-down efficiency. Much of his success has been aided by instant impact rookie WR Amari Cooper, who’s already amassed 20 catches and 290 yards in these first three games. Second-year RB Latavius Murray is averaging over five yards per carry and has the size/speed combo that makes you go “whoa” when watching him.

It remains to be seen if they can continue to build as the season goes on—as a whole the defense is still a work in progress—but they’ve got a great chance to match their 2014 win total this weekend versus the 0-3 Chicago Bears.