POLL OF THE WEEK: Vikings’ Most Exciting Home Games 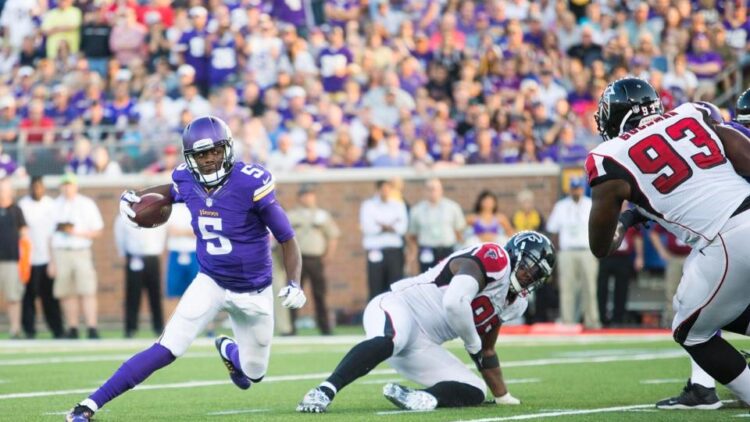 If you’re like me — hundreds of miles from Minnesota — the chance to attend a Vikings game comes once in a blue moon. This year, I’ll be fortunate enough to see Teddy Bridgewater and Co. twice, when the team travels to California for matchups with the San Francisco 49ers and Oakland Raiders.

For the lucky fans living in Minnesota, each season brings a handful of home games to TCF Bank Stadium, and soon, to U.S. Bank Stadium. This year, the Vikings face a number of new opponents at home, as laid out in the picture below: The first two games listed are preseason games, so we’ll ignore those for now. Preseason means little to most fans, unless you’re a diehard like most of us here, right?

Seeing as single-game tickets go on sale today, there’s no better time than now to play the hypothetical polling game! Many of you own season tickets and attend every game, but let’s throw reality out the window for a second —at least until training camp begins and the news cycle kicks into high gear.

Imagine you’re given an ultimatum before Week Two, when the Vikings make their home debut against the Lions on September 20:

In the final season at TCF Bank Stadium, you can only attend one home game — which tickets do you buy?

Before you answer, think long and hard about the schedule; you can only buy tickets to ONE GAME and attend just ONE GAME in TCF Bank Stadium’s final season hosting the Vikings.

The year kicks off with the Detroit Lions on September 20, followed by the San Diego Chargers in Week Three. Per league rules, the Vikings play the Lions twice a season, so it’s an opportunity that can wait, unless you want to see Adrian Peterson carve up a depleted defense in his first home game back with the Vikings.

If you’re someone like me, following the Chargers from sunny San Diego to Minnesota could make for an exciting weekend trip. Phillip Rivers remains a top-10 quarterback, and a matchup with Mike Zimmer’s young secondary could be an intriguing test for the unit early in the season.

Three weeks later, the Kansas City Chiefs come to town. If you like the running game, this may be your choice. Chiefs quarterback Alex Smith didn’t throw a touchdown to a receiver in 2014, and Kansas City will look to ground and pound with All-Pro running back Jamaal Charles. After away games with the Bears and Lions, the Vikings will host the St. Louis Rams in Week Nine. The last time these teams played — 2014 Week One — Minnesota clobbered St. Louis en route to a 34-6 victory.

Then, the Green Bay Packers return to Minnesota in Week Eleven, and I expect fans to fill the stands at TCF Bank Stadium. Danny Kelly at SB Nation believes the Vikings are a dark horse dynasty team, and it’s not a stretch to think the team will compete with the Packers this season. Their success against a hated division rival will come from their ability to stop Rodgers and Lacy on the offensive side of the ball and protect Bridgewater from an onslaught of blitzes from the Clay Matthews-led defense.

So far, we’ve run into some potentially fun games, from the pass-happy San Diego Chargers to the toothless Detroit Lions. But the ultimate home test will likely come in Week 13, when the Seattle Seahawks soar into town. Like the Vikings, the Seahawks are young roster built through the draft, and they’ve turned that potential into sustained success. If the Vikings can compete and possibly win this game, it’d be confirmation that Rick Spielman’s formula for success is working.

The Vikings’ final two home games come against the Chicago Bears and New York Giants at a crucial point in the season — the playoff push. I predicted the team would finish 10-6 when the schedule was originally released, but that record wouldn’t have been enough to make the playoffs in 2014. These games present a golden opportunity against teams rebounding from lost seasons, and if the Vikings capitalize, they could be looking at a Wild Card spot come January.

You’ve seen the schedule, you’ve analyzed the opponents, and you’re sitting in front of your computer. Which home game are you going to in 2015?