Poll of the Week: Don’t Sleep On the San Francisco 49ers 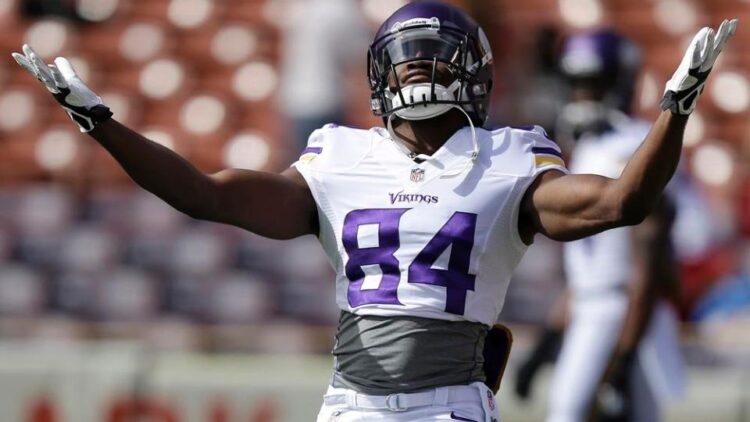 The Minnesota Vikings and San Francisco 49ers are franchises heading in different directions. For one, the needle is pointing up after adding significant, young talent on both sides of the ball, from second-year quarterback Teddy Bridgewater to rookie linebacker Eric Kendricks. The other, a perennial playoff favorite, watched former All-Pro players like Frank Gore and Patrick Willis  sign with other teams or retire from football completely.

Optimism heading into Week One is at an all-time high, but to expect an easy win would be discounting a San Francisco 49ers team with a chance to pull of the surprise upset next Monday. I’m of the mindset that the Vikings will win the game, but not without a few challenges.

Where could the Vikings falter, and what will they need to do to ensure a win to start the season?

Last season, the Vikings ranked 25th against the run, allowing 121 yards per game to opposing teams. In a three-game stretch from Week 12 to Week 14, the Vikings allowed 138, 155, and 178 yards rushing to the Green Bay Packers, Carolina Panthers, and New York Jets respectively. Those numbers became a thorn in the side of head coach Mike Zimmer, who adjusted his scheme this offseason to allow more freedom up front, per 1500 ESPN’s Andrew Krammer:

[quote_box_center]”We’ve tried to give the defensive line a little bit more freedom this year in some of the things that we’re doing,” Zimmer said. “Sometimes when they have a little more freedom they create a little bit more space for other guys that have to make it up. It’s a fine line right now, but we’re working on a lot of these things so that we can try to create a few more plays defensively.” [/quote_box_center]

His adjustments — allowing pass rushers to take an aggressive first step versus reading for a run — seem to be working, as the Vikings allowed just 3.5 yards per rush to opposing offenses this preseason. Linebackers can flow more freely, and an athletic group of Anthony Barr, Eric Kendricks, and Gerald Hodges Jr. have the skill set to cut through lanes and fill the gap quickly.

According to the Star Tribune’s Mark Craig, Zimmer likes how the Vikings performed against the run, and the 49ers will provide an excellent test for his altered scheme. In San Francisco, Carlos Hyde replaces Frank Gore and has done an admirable job taking over the reigns in the backfield. Through three preseason games, Hyde carried the ball 13 times for 73 yards, averaging 5.6 yards per carry in the 49ers’ power running attack.

If the Vikings are going to be successful, it starts with Everson Griffen, who will line up against the 49ers’ best lineman, left tackle Joe Staley. San Francisco will likely run his way after moving right guard Alex Boone to left guard this offseason, taking advantage of stretch, power, and counter plays to that side. Griffen was one of Pro Football Focus’s highest-rated defensive ends against the run last season, so I expect he’ll hold his own next week.

With a multitude of injuries to the Vikings offensive line, protecting Teddy Bridgewater should be a major concern next week, even against a depleted San Francisco 49ers defense. Eric Mangini takes over defensive play-calling duties for the 49ers this year, and brings a blitz-first mentality to San Francisco.

Looking back at the team’s first preseason game against the Houston Texans, Mangini sent six pass rushers on three plays, seven rushers once, and eight on another play. According to the Sacramento Bee, the 49ers didn’t bring eight defenders during any of Vic Fangio’s four seasons as the team’s defensive coordinator.

His strategy makes sense given the exodus of talent on the defense. Pass rusher Aldon Smith was released after another arrest, Patrick Willis retired in the offseason, and Justin Smith hung his cleats up after the 2014 season. Aaron Lynch, who has battled back injuries throughout training camp, will replace Aldon Smith on the left side, while a number of young players, like rookie Arik Armsted, could man the right side of the defensive line.

My biggest fear heading into Monday is the play of T.J. Clemmings and Mike Harris at right tackle and right guard. While they’ve played well this preseason, their inexperience could pose a problem against pass rush stunts and games by the defensive line. Communication becomes crucial when defensive linemen are switching gaps, trading places with blitzing linebackers, and crashing inside. Monday night will be a true test of their progress in that regard, and a key to keeping Teddy Bridgewater upright.

This particular problem isn’t necessarily a problem created by the 49ers, but rather, by their location. Because the Vikings play the final game of Week One on the west coast, their game won’t begin until 7:15 pm PST. In “Vikings Time,” the game is actually set to start at 9:15 pm CT, making this as much of a mental test as a physical test.

Going back to 2009, the Vikings have struggled in primetime games. Below, a look at their primetime records each year:

Combined, the Vikings have gone 2-13 in night games — Monday, Thursday, Sunday — in a six-year span. Given their struggles, it won’t be an easy task to fly across two time zones and play a desperate San Francisco 49ers team next Monday. I believe Mike Zimmer will have his team ready for the game, but history suggests the Vikings could be in for a surprise when they take the field at such a late start time.

Other than the weaknesses listed above, what concerns you about the Vikings heading into Week One? Will Colin Kaepernick run wild, can Blair Walsh connect on critical field goals? Answer the poll below and share your thoughts in the comments below!