Where Are They Now: Minnesota Vikings Offseason 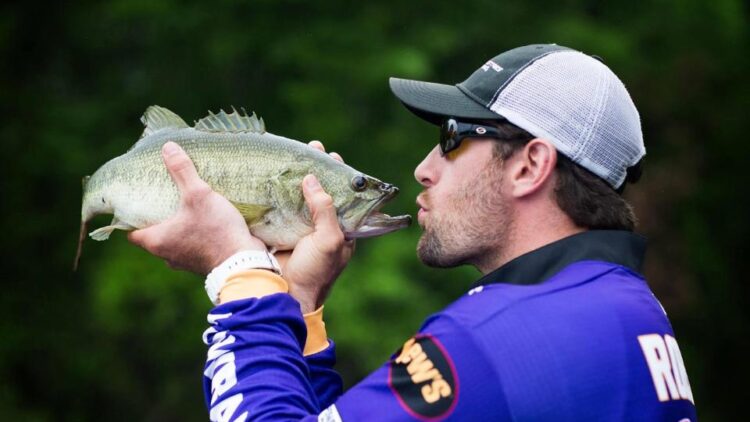 With only a short time until training camp kicks off in Mankato (yay!), excitement is in the air and it feels like football season is really just around the corner. I’m always internally conflicted around this time of year, because on one hand I can’t wait until the regular season is underway, but on the other hand that also means another Minnesota winter … I’m sure you all understand what I mean! Anyway, before camp kicks off, I thought it would be fun to see what a handful of your favorite players have been up to over the offseason.

Spent quality time with the family: Robison spends a lot of time with his wife, daughter and son, and he often posts photos of the family adventures on his Instagram account. This offseason, he posted about his son’s birthday party, attending the circus, family vacations, and more. It’s great to see these players making it a priority to spend time with family!

Watched the NBA Playoffs: A native of Houston, Texas, Robison is a huge Rockets fan and supported James Harden and Co. during the 2015 NBA Playoffs. Unfortunately, the Rockets lost to Golden State prior to the Finals.

Went fishing (of course): For as comfortable as Robison is on the field, he’s just as much a natural with a fishing rod in his hands. It’s no secret that the DE spends a large part of his offseason fishing, and Vikings photographer Andy Kenutis captured some fun photos of Robison’s off-field gig.  Robison even got a feature written on him in Bass Angler Magazine:

Pick up the Summer Issue of @BassAnglerMag to read more about @Vikings DE @Brian_Robison passion for bass fishing! pic.twitter.com/uBHZY4FDQs

Got married: Wide receiver Adam Thielen may have arguably had the best offseason of any of the Vikings, as he and his fiance Caitlin were married in May.

Hung out at Valleyfair: When single-game Vikings tickets went on sale June 14, Thielen helped promote the team by hanging out at Valleyfair for the day and giving away free tickets to fans. The receiver made fans work for the tickets though, asking them to do everything from answer trivia questions, to play a game, to the hardest thing of all … know Thielen’s name. You can see more of the Fox9 video here.

Trained with Larry Fitzgerald: On July 16, Minnesota native and Arizona Cardinals receiver Larry Fitzgerald held his annual workout sessions at the University of Minnesota. Theilen attended the workout, excited for the opportunity to train with an eight-time Pro Bowler. According to ESPN’s Ben Goessling, the Fitzgerald talked with Thielen throughout the day and offered both insight and advice.

“Any time you have an opportunity to be around a guy that works the way he does, you’ve got to take advantage of that,” said Thielen. “We talk[ed] a little bit about the [Vikings’] offense, and different offenses. He’s a knowledgeable guy, and he’s been around for a while. There’s a lot I’ve taken from him, just in little small talk.”

Golfed for charity: On June 22, Johnson participated with former Vikings WR Greg Jennings in Jennings’ annual golf tournament. The Greg Jennings Foundation works to provide all students with the necessary resources to have a quality education.

Got mistook for Odell Beckham, Jr.: Apparently, a lot of people think that Johnson and New York WR Odell Beckham, Jr. look alike. The two do have similar hair-dos, so I guess I can see it, but Johnson told us on Twitter that it’s happened multiple times.

How come so many ppl in Minnesota think I’m Odell Beckham everywhere I go lol. I would think they would know me more here lol jus the hair

Designed new shirts: Johnson has his own website, and he’s recently been working on adding new Vikings apparel for his fans. I actually really like the shirt designs, and there’s quite a bit to choose from. Check out the receiver’s inventory here.

Toured the new Vikings stadium: Lots of people are excited to see the finished U.S. Bank Stadium, and countless tours have been given of the facility while under construction, including players.

Held a football camp: On July 17, Munnerlyn hosted a football camp at Murphy High School (Mobile, AL). The camp was held specifically for defensive backs and was free for attendees. 2015 marked the sixth year of Munnerlyn’s camp at his former high school. The cornerback said he enjoys sharing a message with students about overcoming obstacles, especially because he was always told he was too small for football and yet made his way to the NFL.

[Finally] got a Twitter account: The veteran linebacker proved a little slower than many of his teammates to jump on the Twitter bandwagon, but he finally did it. On April 29, Greenway activated an account. His first post? A pretty adorable photo of his daughter, of course.

Taught his teammates how to farm: In May, Greenway spent time back in his home state of South Dakota. While he was there, he apparently spent time with teammates and fellow linebackers Michael Mauti and Audie Cole and taught them a thing or two about working on a farm. In this case, the guys tackled cows rather than, you know, Bears or Lions.

Continued work with Lead the Way Foundation: Greenway is known just as much for his work off the field as on the field, and one of the largest ways he stays involved with the community is through his Lead the Way Foundation. Over this offseason, Greenway held a “MOA Cares” event at the Mall of America, hosted his ninth annual Gridiron Gallop 5K race, and also partnered with Vikings Territory and other Vikings sites in a #MoreThanWords campaign to raise money for his Chad’s Locker Program.

To read more about the More Than Words effort and see how you can participate, click here.