T.J. Clemmings was selected by the Minnesota Vikings with the 11th pick of the fourth round (110th overall) in the 2015 NFL Draft. GM Rick Spieman waited until the fourth round to add an offensive player, and Clemmings has the size and athleticism to earn playing time as a rookie at guard or tackle. Injury concerns and a rough Senior Bowl week pushed him out of the first round and down on teams boards. The Vikings are hoping Clemmings can develop into a staple along the offensive line and prove to be this year’s steal of the draft.

Clemmings was a basketball star at Paterson Catholic High School in New Jersey, with scholarship offers from Providence and Seton Hall. He only played two seasons of prep football (junior and senior), because his parents thought it was too dangerous. His size and athleticism triggered more interest from major football programs than basketball. Clemmings was the #1 defensive end prospect in New Jersey by scout.com coming out of high school.

Duke offered him the chance to play both, but Pittsburgh was his first choice. That’s where Clemmings began to learn the trade of blocking and developed a “nastiness” he never had while playing defense end in high school.

Clemmings is long and athletic with an ideal frame and tools NFL teams covet at the tackle position. He is quick and moves well in space. Clemmings has good power with his hands and can explode out of his stance into a defender. He’s a punishing run blocker who is at his best when moving down-hill and finishing blocks. He demonstrates fluidity and can easily handle blocking assignments against second level defenders.

Clemmings is an intriguing prospect, and while he was not the top rated offensive tackle, he could have the highest ceiling considering how new he is to the position. Raw is certainly a word frequently used to describe Clemmings level of play and most often associated with his pass blocking technique.

He has a rapid kick-slide with a wide base to mirror opponents on the edge, but Clemmings needs to improve his hand placement as a pass protector. He also has a tendency to drop his shoulders and head on contact. Clemmings struggles to redirect on counter moves to the inside which was exposed at the Senior Bowl. When his momentum gets moving in one direction, he can become top heavy and get caught leaning or lunging off balance.

The next step for the Vikings is developing the talent and managing the injury. The stress fracture in Clemmings’ foot appears to be a non-issue for the Vikings at this point, but foot injuries for big men can sometimes turn into major problems.

Minnesota has Matt Kalil and Phil Loadholt in place as 2015 starters, which could allow time for the potential and upside in Clemmings to be developed and the injury to be monitored.

The starting left guard position could also be his for the taking even though he has never played guard or on the left side of the line. The Vikings appear to be open to moving Clemmings around on the offensive line as evident by his rookie mini-camp reps at both guard and tackle.

The boom/bust potential is high with Clemmings, but the investment of just a fourth round pick makes it easy to give this pick an A. 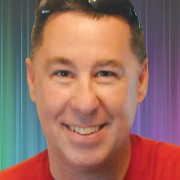 Nice write up. Also, the video certainly supports the “nastiness” in his game. One of the things that stands out his ability to get outside quickly to help with screen and short route passes, particularly because these are plays Norv likes to call for Teddy. Welcome to the Vikings, T.J.

Thanks for the comment Andrew. I agree, Clemmings’ ability to move in space would help the short passing game for sure.

The Vikings are talking about possibly moving Brandon Fusco to left guard and Clemmings would then get a good look at the right guard spot.

Can you imagine Peterson running behind Clemmings and Loadholt off the right side?

Clemmings is going to be a great addition to our line! With Fusco possibly moving to LG, Clemmings has a good shot at starting right away. That would be three starters coming out of the draft. Love that idea!!