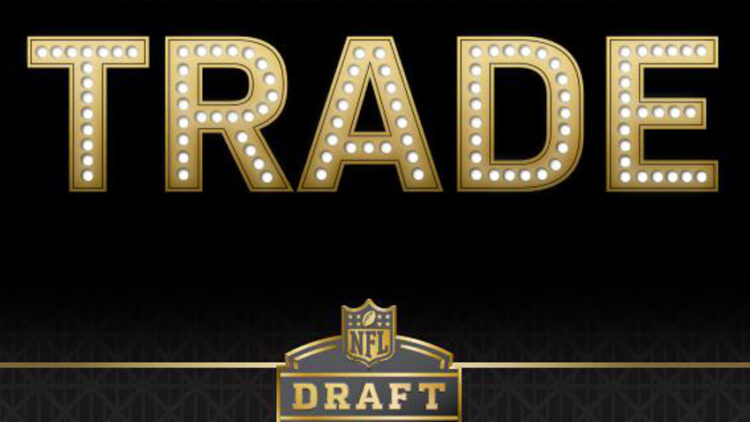 The Vikings did stick with their No. 45 slot and grabbed Anthony Barr’s former teammate, UCLA linebacker Eric Kendricks. In the third round, however, Minnesota traded their No. 76 spot… twice. First to Kansas City to drop down to No. 80, then to Dallas to drop to No. 88. At that point, the Vikings drafted defensive end Danielle (Duh-Neal) Hunter.

Spielman said later that they did look at trying to trade up, but the transaction didn’t go through. At that point, they looked to accumulate more picks for Day 3.

“We feel there’s a lot of depth [remaining],” Spielman said. “We’ll be able to get a lot of good football players.”

Judging by reactions on social media, most Vikings fans are quite satisfied with Kendricks coming to Minnesota. The LB took part in a conference call shortly after being drafted, and it is already clear he will become a fan and media favorite.

[pull_quote_center]I just want to say first and foremost I’m just happy to be a Viking. I’ve been waiting for this moment my entire life. I couldn’t be more proud and happy to be part of this organization – especially being with one of my best friends and old roommate Anthony Barr. That’s just a blessing in disguise. I can’t wait to play.[/pull_quote_center]

There is some question as to what role Kendricks will be expected to play, especially considering Chad Greenway’s current position. The new Viking isn’t too concerned, though. He emphasized that he is a versatile player and is willing to play wherever he’s asked to play.

“I just want to help the team,” Kendricks said.

In a post-draft presser, Spielman offered nothing but praise for the LB. He described Kendricks as “the most distinctive linebacker in this draft,” commenting specifically on his coverage skills and instinct against the run. He said the following:

“Character” seems to be the theme of the day for the Vikings, and Spielman spoke very highly of the background and personality of both Kendricks and Hunter.

The GM said he and Zimmer spent time with Hunter at the combine and found that, despite his shallow football experience (two years high school + three years college), he’s a very serious and focused player. Analysts’ biggest knock against Hunter is that he may not be NFL-ready. Spielman acknowledged the issue but emphasized his room to grow and potential he holds for this team.

“[Hunter’s] a physical specimen,” Spielman said. “He plays extremely hard […] he’s raw. He’s a project. We’ll have to work with him […] but we feel that he has tremendous upside to grow as a football player.”

In his own conference call, Hunter expressed the same excitement to join the Vikings. His more quiet-natured persona came through, and he said that he had been watching the Draft with only a few family members and a friend.

“I just can’t wait to start mini-camp on Thursday,” Hunter said, all business.

The DE admitted and recognized his raw skill set, but he feels confident that he has a lot to offer to Minnesota and is ready to learn and develop as a player.

“Something told me I was going to get picked today,” he said. “The ultimate goal is to work for a starting position.”

Minnesota wrapped up the first two days of the NFL Draft with three new defensive players, so we can expect some offensive moves with their final six picks Saturday.

A Look at Day 2 Additions

Eric Kendricks
Kendricks played five seasons for UCLA, during which he totaled 481 tackles, 10 sacks and 26 tackles for a loss (92 yards). In 2014, Kendricks was named a second-team AP All-American, second-team All-Pac-12 and received the Butkus Award. He led the team with 149 tackles. Kendricks and current Viking Anthony Barr were both teammates and roommates during their time together at UCLA.

Danielle Hunter
At 6’6″ and 240 lbs, Hunter brings a ton of athleticism to the roster. During his time with LSU, Hunter played in 38 games, including 23 straight starts. He finished his career with 142 tackles, 21 tackles for loss and just 4.5 sacks.