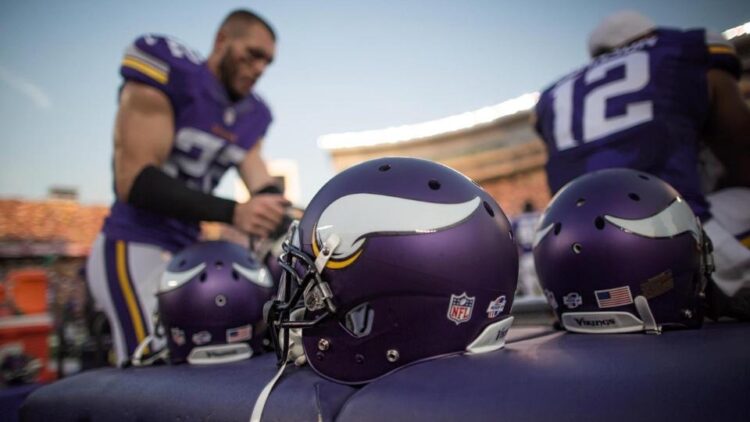 With the confirmation PhilLoadholt tore his Achilles tendon during Saturday’s preseason game, the Minnesota Vikings have placed the big right tackle on injured reserve, ending his season.

Goodin, 26, has played in one NFL game in three seasons after being undrafted out of Division II Nebraska-Kearney. Goodin was a three-year starter in college. He saw action in one game for the New York Giants in 2013 and was with the Dallas Cowboys in the preseason last year.

Clemmings was thrust into the lineup on Saturday afterLoadholt suffered an Achilles injury on the second offensive play of the game. Clemmings played 32 snaps and drew praise from offensive coordinator Norv Turner on Monday.

“I thought T.J. Clemmings is improving since he got here,” Turner told reporters. “He is having an outstanding camp. He played well in the Hall of Fame game. He gets thrown into action earlier in the game than he thought. I thought he played extremely well.

“He’s a young player with a bright future and he’s going to have to step it up. And our offensive line I think has played well in both games. Mike Harris looks awfully good at right guard. [Brandon] Fusco looks awfully good at left guard. Matt Kalil has had two good outings, so I think we’ve made progress and we’ve identified things in the offseason that we needed to do to help them be better. We identified things for them to do to get better and I think the culmination of those things is showing up.”

Multiple reports said second-year lineman David Yankey and Polish-born rookie Babatunde Aiyegbusi also saw time at right tackle during Monday’s practice at Winter Park. Goodin will add to the depth along the line as the Vikings sort out the position.