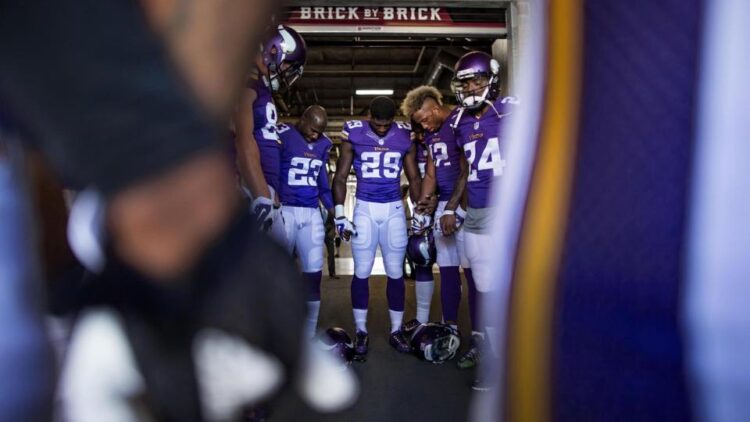 In what may be the most important, and crucial development heading into the Minnesota Vikings’ Week 4 game against the Denver Broncos, cornerback Xavier Rhodes has passed the NFL’s concussion protocol. The news, announced by head coach Mike Zimmer in a press conference Wednesday morning, paves the way for Rhodes to start this Sunday against one of the league’s most dangerous offenses and receiving corps.

The surprising clearance comes just days after a vicious hit that left Rhodes motionless on the field against the San Diego Chargers. Safety Andrew Sendejo collided with Rhodes while trying to break up a pass to Keenan Allen,  hitting Rhodes’s head and jerking his neck back in the process. When asked how concerned he was about the injury, Zimmer praised his cornerback’s toughness.

“I’m always concerned about my players when they get hurt, but Xav’s pretty tough,” Zimmer said on Monday. “I know he’ll be all right.”

According to the Washington Post, the NFL’s concussion protocol involves five “hurdles” that a player must “jump” in order to return to the field. They are, as follows:

Each step in the process adds to the player’s workload. To start, they can stretch and perform balance exercises before gradually adding new movements to the routine. From stretches, players begin light aerobic training (stationary bike, for example) and transition into weight training under the supervision of the team’s medical staff. Before they can take the field with their teammates, players must be able to run and perform non-contact football exercises.

The biggest roadblock is the final clearance from an independent neurological consultant, who reviews any relevant neurological tests related to the concussion. Once cleared by the consultant and the team’s physician, players can resume practice with no limitations.

Given the apparent severity of the injury on Sunday, it’s almost unfathomable to think Rhodes has already cleared the concussion protocol. Like Zimmer said, he’s a tough player who “feels great,” and the Vikings will need him at his best this week as the team tries to defend Peyton Manning’s crop of talented receivers.

The fact that Rhodes is “likely to play” on Sunday blows my mind. pic.twitter.com/2Jyd7UmjwL

Rhodes was motionless at this point of the play. His quick recovery is remarkable and we’re all glad Rhodes wasn’t severely injured last week.